How to Hire FRANKIE BEVERLY and MAZE For Your Event!

Hire Frankie Beverly and Maze:
Frankie Beverly is an American singer, musician, songwriter, and producer, known primarily for his recordings with the soul and funk band, Maze.

Hire Frankie Beverly and Maze for a company’s special event!

Frankie Beverly formed Maze, originally called Raw Soul, in his hometown of Philadelphia in 1970. After a relocation to San Francisco and an introduction to Marvin Gaye, Maze went on to release nine Gold albums and create a large and devoted following. 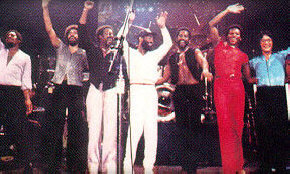 Hire Frankie Beverly and Maze to entertain your friends and colleagues!

Frankie Beverly is the band’s writer, producer and lead singer. He is known for his distinctive smooth baritone voice and charismatic stage presence.

Hire Frankie Beverly and Maze for that special wedding!

The sound is distinctive – passionate, creative, original, soulful, honest and powerful. For nearly thirty years Frankie Beverly and Maze have created a unique sound and become one of the most influential groups in modern history. 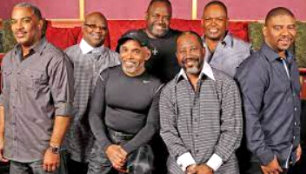 Hire Frankie Beverly and Maze for that special anniversary!

“We’ve made it this far because we love and respect ourselves and our fans. But, most importantly, we believe in what we do,” remarks Frankie. The journey began when Frankie relocated from his hometown of Philadelphia to San Francisco and formed Maze. In 1976, he released his first album, “Maze Featuring Frankie Beverly” which yielded a string of hit singles, including “Lady of Magic” and “Workin’ Together.” 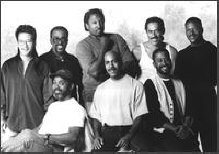 Hire Frankie Beverly and Maze for a memorable evening of entertainment!

As a headlining act, Frankie Beverly and Maze have been instrumental in giving exposure to several new recording artists, before they became household names, including Toni Braxton, Regina Belle and Anita Baker, to name a few.

The All Music Guide wrote, “Frankie Beverly and Maze may be the ultimate urban contemporary group, though they’re much more soulful and funkier than many of their counterparts.”

The group continues to attract sold-out audiences and are very well received by a very devoted fan base.

Hire Frankie Beverly and Maze for your party or event!

Frankie Beverly and Maze may be available for your next special event!

Frequently Asked Questions About How To Hire FRANKIE BEVERLY for a private party or special event.

Include information about your plans for your event and how taking steps to hire Maze featuring Frankie Beverly (or someone similar) might be of special interest.

Official booking fees for FRANKIE BEVERLY, or any other celebrity, are determined based on a number of factors and may change at anytime without prior notice.