How to Hire JUSTIN BIEBER For Your Event!

Hire Justin Bieber:
GRAMMY and LATIN GRAMMY AWARD winning Justin Bieber is a Canadian singer. Bieber is widely recognized for his genre-melding musicianship and has played an influential role in modern-day popular music.

He was discovered by American record executive Scooter Braun and signed with RBMG Records in 2008, gaining recognition with the release of his debut seven-track EP My World (2009) and soon establishing himself as a teen idol.

Justin Bieber is one of the best-selling music artists of all time, with estimated sales of more than 150 million records worldwide. He is credited with three Diamond certifications from the RIAA for “Baby”, “Sorry” and “Despacito”. 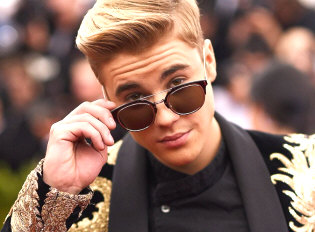 Bieber’s music is mainly pop, R&B, and occasionally dance-pop or EDM. In 2010, Jody Rosen of Rolling Stone asserted that the content of his music was “offering a gentle introduction to the mysteries and heartaches of adolescence: songs flushed with romance but notably free of sex itself”. During the initial years of his career, his musical style was noted for being aimed to a more teen pop and “bubblegum-ish” direction.

Justin Bieber has cited Chris Brown, Michael Jackson, The Beatles, Boyz II Men, Justin Timberlake, Stevie Wonder, Tupac, Usher and Kanye West as his musical inspirations. In 2012, Bieber said, “music is music, and I’m definitely influenced by Michael Jackson and Boyz II Men and people who were black artists—that’s what I like.”

Believe was influenced by Justin Timberlake, for which Bieber was trying to “create a new sound that people aren’t really used to hearing … like when [Timberlake] did FutureSex/LoveSounds: It was a new sound… acoustic guitar over hard drums.”

Hire Justin Bieber for your party or event!

Justin Bieber may be available for your next special event!

Frequently Asked Questions About How To Hire JUSTIN BIEBER for a private party or special event.

Include information about your plans for your event and how taking steps to hire JUSTIN BIEBER (or someone similar) might be of special interest.

Official booking fees for JUSTIN BIEBER, or any other celebrity, are determined based on a number of factors and may change at anytime without prior notice.