How to Hire THE WEEKND For Your Event!

Known for his sonic versatility and dark lyricism, his music explores escapism, romance, and melancholia, and is often inspired by personal experiences.

Hire the Weeknd to entertain your friends and colleagues! 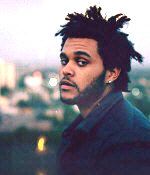 Hire the Weeknd for a company’s special event!

Among the world’s best-selling music artists with more than 75 million records sold, the Weeknd holds several streaming and BILLBOARD chart records. He is the first artist to simultaneously debut on the top three on Hot R&B/Hip-Hop Songs, while “Blinding Lights” is the longest-charting song in Billboard history.

Hire the Weeknd for a memorable evening of remarkable entertainment!

Often considered as a prominent figure in contemporary popular music, the Weeknd was listed by TIME magazine as one of the world’s most influential people in 2020. An advocate for racial equality and food security, he was appointed a World Food Programme Goodwill Ambassador in 2021.

Hire the Weeknd for that special occasion!

He grew up listening to a variety of music genres, including soul, hip hop, funk, indie rock, and post-punk.

Hire the Weeknd to entertain at a special anniversary!

The Weeknd is heavily influenced by 1980s music, and credits the video game, Grand Theft Auto: Vice City (2002) for “opening my eyes” to the music of that era. “I’ve always had an admiration for the era before I was born”, he said in an interview for BILLBOARD. “You can hear it as far back as my first mixtape that the ’80s – Siouxsie and the Banshees, Cocteau Twins – play such a huge role in my sound.”

The Weeknd has named Deftones as one of his influences during the making of House of Balloons, Thursday and Echoes of Silence. He has also cited Lana Del Rey, David Bowie, the Smiths, Bad Brains, Talking Heads, DeBarge, 50 Cent, Wu-Tang Clan, and Eminem as influences and inspirations.

The Weeknd often sings in a falsetto register, exhibiting an enticing tone. J. D. Considine finds his singing’s “tremulous quality” similar to Michael Jackson but writes that he eschews Jackson’s “strong basis in the blues” for a more Arabic-influenced melisma. The Weeknd possesses a wide light-lyric tenor vocal range, which spans more than three octaves.

The Weeknd‘s discography spans R&B, pop, hip hop, dance, alternative and new wave genres. His work is generally categorized as alternative R&B, due to his contributions in broadening the genre’s musical palette to incorporate indie and electronic styles.

Hire the Weeknd for your party or event!

the Weeknd may be available for your next special event!

Frequently Asked Questions About How To Hire THE WEEKND for a private party or special event.

HOW TO BOOK THE WEEKND?
(i.e., how to hire THE WEEKND for an event)

Include information about your plans for your event and how taking steps to hire THE WEEKND (or someone similar) might be of special interest.

Official booking fees for THE WEEKND, or any other celebrity, are determined based on a number of factors and may change at anytime without prior notice.

IS THE WEEKND AVAILABLE TO WORK MY EVENT?
(i.e., what is THE WEEKND‘s availability?)