How to Hire MADONNA For Your Event!

Hire Madonna:
GRAMMY AWARD winning Madonna Louise Ciccone (born August 16, 1958) is an American singer-songwriter and actress. Widely dubbed the “Queen of Pop”, Madonna has been noted for her continual reinvention and versatility in music production, songwriting, and visual presentation.

She has pushed the boundaries of artistic expression in mainstream music, while continuing to maintain control over every aspect of her career. Her works, which incorporate social, political, sexual, and religious themes, have generated both controversy and critical acclaim.

A prominent cultural figure crossing both the 20th and 21st centuries, Madonna remains one of the most “well-documented figures of the modern age”, with a broad number of scholarly reviews and literature works on her, as well as an academic mini subdiscipline devoted to her named Madonna studies. 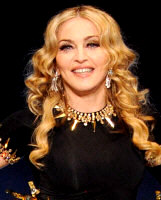 With sales of more than 300 million records worldwide, Madonna is the best-selling female recording artist of all time. She is the most successful solo artist in the history of the U.S. Billboard Hot 100 chart and has achieved the most number-one singles by a woman in Australia, Canada, Italy, Spain, and the United Kingdom.

Madonna was ranked as the greatest woman in music by VH1, and as the greatest music video artist ever by MTV and Billboard. Rolling Stone also listed her among its greatest artists and greatest songwriters of all time. 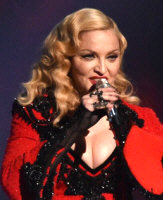 With a total of 50 Dance Club Songs chart-toppers, Madonna became the artist with the most number ones on any singular Billboard chart, pulling ahead of George Strait with 44 number-one songs on the Hot Country Songs chart.

She has also scored 38 top-ten singles on the Hot 100; she held the record among all artists for nearly two decades (between 2002 and 2020), before being overtaken by Drake and by Taylor Swift in 2022 among females.

Internationally, Madonna holds the record for the most number-one singles by a female artist in Australia, Canada, Italy, Finland, Spain, and the United Kingdom. At the 40th anniversary of the GfK Media Control Charts, Madonna was ranked as the most successful singles artist in German chart history.

Hire Madonna for your party or event!

Madonna may be available for your next special event!

Frequently Asked Questions About How To Hire MADONNA for a private party or special event.

HOW TO BOOK MADONNA?
(i.e., how to hire MADONNA for an event)

Include information about your plans for your event and how taking steps to hire MADONNA (or someone similar) might be of special interest.

Official booking fees for MADONNA, or any other celebrity, are determined based on a number of factors and may change at anytime without prior notice.

IS MADONNA AVAILABLE TO WORK MY EVENT?
(i.e., what is MADONNA‘s availability?)