How to Hire LANA DEL REY For Your Event!

Her music is noted for its cinematic quality and exploration of tragic romance, glamour, and melancholia, containing references to contemporary pop culture and 1950s–1960s Americana. 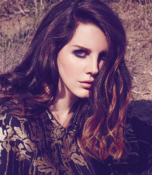 Hire Lana Del Rey for your festival or concert plans!

Upon her debut release, Lana Del Rey‘s music was described as “Hollywood sadcore” by some music critics. It has been repeatedly noted for its cinematic sound and its references to various aspects of pop culture; both critics and Del Rey herself have noted a persistent theme of 1950s and 1960s Americana.

The strong elements of American nostalgia brought Idolator to classify her firmly as alternative pop. Del Rey elaborated on her connection to the past in an interview, saying “I wasn’t even born in the ’50s but I feel like I was there.” 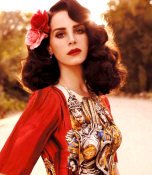 On September 27, 2017, Lana Del Rey announced the LA to the Moon Tour, an official concert tour with Jhené Aiko and Kali Uchis. The tour began in North America during January 2018 and concluded in August.

In September 2019, Lana Del Rey was featured on a collaboration with Ariana Grande and Miley Cyrus titled “Don’t Call Me Angel”, the lead single of the soundtrack for the 2019 film, Charlie’s Angels.

Several rock and pop musicians and groups from the late-twentieth century have also inspired Lana Del Rey, such as Bruce Springsteen, Britney Spears, singer-songwriter Lou Reed, and rock band the Eagles, as well as folk musicians such as Leonard Cohen and Joan Baez. Del Rey has also cited contemporary artists such as singer-songwriter Cat Power, Hole frontwoman Courtney Love, rapper Eminem, and singer Amy Winehouse, as artists she looked up to.

Del Rey has been mentioned as an influence by a number of artists including Billie Eilish, Lauren Jauregui, Kevin Abstract, Maggie Lindemann, and XXXTentacion.

Lana Del Rey has received many awards, including 2 Brit Awards, 2 MTV Europe Music Awards, a Satellite Award and 9 GAFFA Awards. Alongside those accolades, she has also been nominated for 6 Grammy Awards and a Golden Globe Award.

VARIETY honored her at their Hitmakers Awards for being “one of the most influential singer-songwriters of the 21st century.”

On October 21, 2022, Del Rey was featured on “Snow on the Beach” by Taylor Swift, written by Swift, Del Rey, and Jack Antonoff. The song debuted at number 4 on the Billboard Hot 100, becoming Del Rey‘s highest-peaking entry on the chart.

Billboard credited Born to Die for being one of the main catalysts for pop’s mid-2010s shift from brash EDM to a moodier, hip-hop-inflected palette. The magazine opined that Del Rey is indispensable to the 2010s popular music and has influenced alternative-leaning pop artists such as Lorde, Halsey, Banks, Sky Ferreira, Father John Misty, Sia, Miley Cyrus, Selena Gomez and Taylor Swift.

Hire Lana Del Rey for your party or event!

Lana Del Rey may be available for your next special event!

Frequently Asked Questions About How To Hire LANA DEL REY for a private party or special event.

Include information about your plans for your event and how taking steps to hire LANA DEL REY (or someone similar) might be of special interest.

Official booking fees for LANA DEL REY, or any other celebrity, are determined based on a number of factors and may change at anytime without prior notice.