How to Hire BRITNEY SPEARS For Your Event!

Often referred to as the “Princess of Pop”, she is credited with influencing the revival of teen pop during the late 1990s and early 2000s. Her discography includes nine studio albums, eight compilation albums, nine box sets, three extended plays (EPs), 48 singles (including two as a featured artist), ten promotional singles, two charity singles, and has made three guest appearances.

Regarded as a pop icon, Britney Spears has sold more than 100 million records worldwide, including more than 70 million in the United States, making her one of the world’s best-selling music artists. She has achieved six number-one albums on the BILLBOARD 200 and four number-one singles on the US BILLBOARD Hot 100. 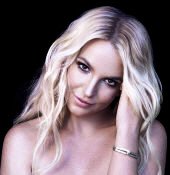 Hire Britney Spears for your festival or concert plans.

By 2012, she had topped Yahoo!’s list of most searched celebrities seven times in twelve years. TIME named Spears one of the 100 most influential people in the world in 2021, while also winning the reader poll by receiving the highest number of votes.

In 2012, Britney Spears was ranked as the fourth VH1’s 50 Greatest Women of the Video Era show list. VH1 also cited her among its choices on the 100 Greatest Women in Music in 2012 and the 200 Greatest Pop Culture Icons in 2003. In 2020, BILLBOARD ranked her eight on its 100 Greatest Music Video Artists of all-time list.

The arrival of Spears “saw the pop promoters finally tap into the younger crowd arriving in town for a good time.”

Hire Britney Spears for your party or event!

Britney Spears may be available for your next special event!

Frequently Asked Questions About How To Hire BRITNEY SPEARS for a private party or special event.

Include information about your plans for your event and how taking steps to hire BRITNEY SPEARS (or someone similar) might be of special interest.

Official booking fees for BRITNEY SPEARS, or any other celebrity, are determined based on a number of factors and may change at anytime without prior notice.