How to Hire BOB DYLAN For Your Event!

Often regarded as one of the greatest songwriters of all time, Dylan has been a major figure in popular culture during a career spanning more than 60 years. Much of his most celebrated work dates from the 1960s, when songs such as “Blowin’ in the Wind” (1963) and “The Times They Are a-Changin'” (1964) became anthems for the civil rights and anti-war movements.

His lyrics during this period incorporated a range of political, social, philosophical, and literary influences, defying pop music conventions and appealing to the burgeoning counterculture. 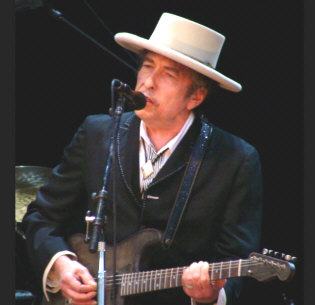 Hire Bob Dylan for your festival or concert plans.

In his early years, spending all of his spare time in the company of other musicians, Bob Dylan amazed them with his ability to learn songs perfectly after hearing them only once. He also began writing songs at a remarkable pace, including a tribute to his hero entitled “Song to Woody.”

In the fall of 1961, Dylan’s legend began to spread beyond folk circles and into the world at large after critic Robert Shelton saw him perform at Gerde’s Folk City and raved in the New York Times that he was “bursting at the seams with talent.” A month later, Columbia Records executive John Hammond signed Bob Dylan to a recording contract, and the young singer-songwriter began selecting material for his eponymous debut album. 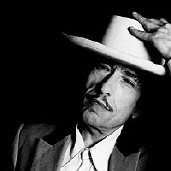 Early in 1997, those who lived in hope of an artistically born-again Bob Dylan had cause for optimism: musician Jim Dickinson told a Memphis newspaper that he had played on some recent, Daniel Lanois-produced Dylan sessions featuring new material Dylan had composed while stuck at home in Minnesota during a blizzard. According to Dickinson, one cut was seventeen minutes long, and overall the material was “so good, I can’t imagine he won’t use it.”

The seventeen-minute song turned out to be “Highlands,” the closing cut on the critically acclaimed “Time Out of Mind,” which was released in September and became Dylan’s first gold record of the decade. 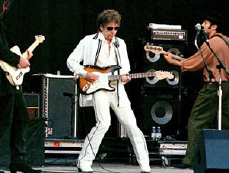 Bob Dylan has been described as one of the most influential figures of the 20th century, musically and culturally. He was included in the Time 100: The Most Important People of the Century, where he was called “master poet, caustic social critic and intrepid, guiding spirit of the counterculture generation”.

Hire Bob Dylan for your party or event!

Bob Dylan may be available for your next special event!

Frequently Asked Questions About How To Hire BOB DYLAN for a private party or special event.

HOW TO BOOK BOB DYLAN?
(i.e., how to hire BOB DYLAN for an event)

Include information about your plans for your event and how taking steps to hire BOB DYLAN (or someone similar) might be of special interest.

Official booking fees for BOB DYLAN, or any other celebrity, are determined based on a number of factors and may change at anytime without prior notice.

IS BOB DYLAN AVAILABLE TO WORK MY EVENT?
(i.e., what is BOB DYLAN‘s availability?)