How to Hire PAUL MCCARTNEY For Your Event!

Former member of: the Beatles, Wings

One of the most successful composers and performers of all time, Paul McCartney is known for his melodic approach to bass-playing, versatile and wide tenor vocal range, and musical eclecticism, exploring styles ranging from pre–rock and roll pop to classical and electronica. His songwriting partnership with Lennon remains the most successful in history. 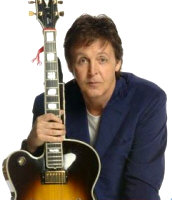 Hire Paul McCartney for your festival or concert plans!

Paul McCartney has written or co-written a record 32 songs that have topped the Billboard Hot 100 and, as of 2009, had sales of 25.5 million RIAA-certified units in the US.

His honours include two inductions into the Rock and Roll Hall of Fame (as a member of the Beatles in 1988 and as a solo artist in 1999), an Academy Award, a Primetime Emmy Award, 18 Grammy Awards, an appointment as a Member of the Order of the British Empire in 1965 and a knighthood in 1997 for services to music.

Paul McCartney was inducted into the Rock and Roll Hall of Fame in 1988 as a member of the Beatles and again as a solo artist in 1999.

In 1979, the Guinness Book of World Records recognised McCartney as the “most honored composer and performer in music”, with 60 gold discs (43 with the Beatles, 17 with Wings) and, as a member of the Beatles, sales of over 100 million singles and 100 million albums, and as the “most successful song writer”, he wrote jointly or solo 43 songs which sold one million or more records between 1962 and 1978. 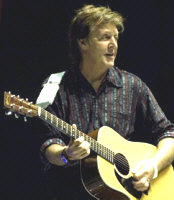 In 2009, Guinness World Records again recognised Paul McCartney as the “most successful songwriter” having written or co-written 188 charted records in the United Kingdom, of which 91 reached the top 10 and 33 made it to number one.

Credited with more number ones in the UK than any other artist, Paul McCartney has participated in twenty-four chart topping singles: seventeen with the Beatles, one solo, and one each with Wings, Stevie Wonder, Ferry Aid, Band Aid, Band Aid 20 and “The Christians et al.”

He is the only artist to reach the UK number one as a soloist (“Pipes of Peace”), duo (“Ebony and Ivory” with Stevie Wonder), trio (“Mull of Kintyre”, Wings), quartet (“She Loves You”, the Beatles), quintet (“Get Back”, the Beatles with Billy Preston) and as part of a musical ensemble for charity (Ferry Aid).

Hire Paul McCartney for your party or event!

Paul McCartney may be available for your next special event!

Frequently Asked Questions About How To Hire PAUL McCARTNEY for a private party or special event.

Include information about your plans for your event and how taking steps to hire PAUL McCARTNEY (or someone similar) might be of special interest.

Official booking fees for PAUL McCARTNEY, or any other celebrity, are determined based on a number of factors and may change at anytime without prior notice.