How to Hire SEAL For Your Event!

He has sold more than 20 million records worldwide. These include hit songs “Crazy” and “Killer”, the latter of which went to number one in the UK, and his most celebrated song, “Kiss from a Rose”, which was released in 1994. Seal is renowned for his distinctive soulful singing voice. 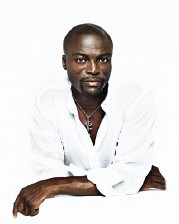 Seal has won multiple awards throughout his career, including three Brit Awards; he won Best British Male in 1992. He has also won four Grammy Awards and an MTV Video Music Award.

When Seal was just 11 years old, he performed for the first time in front of an audience at his school’s parent-teacher association night. He decided to sing Johnny Nash’s “Bright Sunshiny Day.” It was very a cappella, very unplugged as Seal recalls it.

Seal had Lupus when he was young, which left him with scars evident on his face.

Hire Seal to entertain your friends and colleagues!

Before his musical career, Seal graduated from college with an architectural degree and took up different jobs around the London area, which included working at McDonald’s, designing leather clothing and electrical engineering. Then, after a while, he began singing in local bars and clubs and joined Push, an English funk band, in the mid-’80s and toured with the band in Japan.

While he was in Asia he joined a blues band from Thailand for a while. After some time with that band, he traveled throughout India on his own. In 1990, Seal contributed lyrics and vocals to Adamski’s “Killer” which was a big dance hit in 1990 in the UK. This really spun the wheels in motion for his musical career and from there he started working on his debut album which would be self-titled “Seal.”

Hire Seal to entertain at a very special wedding!

Seal released five singles from the debut album. They include “Crazy,” one of his most popular songs from that album, “Future Love Paradise,” “The Beginning,” “Killer” and “Violet.” His first album sold 1 million copies in the United Kingdom and 3.5 million worldwide.

In 1993, Seal teamed up with guitar legend, Jeff Beck, to perform a cover version of Jimi Hendrix’s “Manic Depression” on the “Stone Free: A Tribute To Jimi Hendrix” album. Seal and Jeff Beck also released the song as a single.

Hire Seal for a memorable evening of entertainment!

After his success with the first album, Seal began work on his second album which would also be self-titled “Seal.” He released the album in 1994 with a new look. He decided to get rid of his dreadlocks and sported a new, bald-headed look. He also came back with a new outlook on life and increased spirituality after his experiences over the previous three years. The album is his most successful album to date selling 700,000 copies in the UK and more than 5 million worldwide.

Seal wrote “Kiss From A Rose” in 1988 in London. He bathed in the success of his second album and went on tour with Soul/R&B artist, Des’ree as the opening act. In 1996, Seal performed “Fly Like An Eagle,” originally performed by Steve Miller, on the “Space Jam” Soundtrack. Seal has also performed on other compilations and in 1994 performed on Joni Mitchell’s album, “Turbulent Indigo.” She also performed on his 1994 album on the song “If I Could.”

Seal‘s soulful, insightful and often deep lyrics has contributed to fresh, innovative and creative music throughout his career. He has captured several different musical styles and blended them into his own unique style of musical art which has pleased listeners throughout many years. His music will continue to grace music listeners for generations to come and place him among the most talented musicians of all-time.

Hire Seal for your party or event!

Frequently Asked Questions About How To Hire SEAL for a private party or special event.

Include information about your plans for your event and how taking steps to hire SEAL (or someone similar) might be of special interest.

Official booking fees for SEAL, or any other celebrity, are determined based on a number of factors and may change at anytime without prior notice.

IS SEAL AVAILABLE TO WORK MY EVENT?
(i.e., what is SEAL‘s availability?)