How to Hire SMOKEY ROBINSON For Your Event!

Robinson was the founder and front man of the Motown vocal group the Miracles, for which he was also chief songwriter and producer. He led the group from its 1955 origins as “the Five Chimes” until 1972, when he announced his retirement from the group to focus on his role as Motown’s vice president. However, Robinson returned to the music industry as a solo artist the following year. After the sale of Motown Records in 1988, Robinson left the company in 1990. 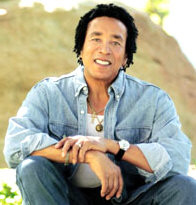 The legendary Smokey Robinson in his right as an entertainer, songwriter and producer has written and produced (only to name a few) such hit songs as: “Just to See Her,” “Tracks of My Tears,” “Ooh, Baby Baby,” “Tears of a Clown,” “My Girl,” “My Guy,” “Two Lovers,” “Get Ready,” “Cruisin’,” and the list just goes on!

Hire Smokey Robinson to treat your friends and colleagues with special entertainment!

His songs have placed many groups and soloists on the charts, including such artists as The Miracles, Mary Wells, Marvin Gaye, The Four Tops and The Supremes. 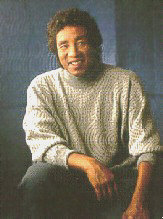 His songs have earned virtually every award that can be bestowed upon an artist/songwriter, including a Grammy Award, a place in the Rock N’ Roll Hall of Fame and the Songwriters Hall of Fame, the Soul Train Heritage Award and the NARAS Living Legend Award. An entire radio format, “Quiet Storm” owes its name to the title of a Smokey Robinson album.

Hire Smokey Robinson for a memorable evening of entertainment!

Robinson also was extremely active at Motown as a songwriter and producer for other acts. The #1 singles “My Guy” (Mary Wells) and “My Girl” (Temptations) were each Robinson songs and productions (the latter with fellow Miracle Ronnie White). Smokey also did some excellent work with The Marvelettes and Marvin Gaye.

In 1967, The Miracles became “Smokey Robinson and the Miracles,” and continued topping the charts with “Baby, Baby Don’t Cry” and “Tears Of A Clown.”

In 1991, after thirty years with Motown, Smokey Robinson leaves Motown to sign with SBK Records. He continues to appear at industry gatherings and events.

He is not only a great songwriter but an extraordinary entertainer. His show, still constantly touring the nation to sold out crowds, has brought joy to his listeners. His songs of the past allow many to remember the times gone by – the good and the bad. He doesn’t just give you a selection of hits, but his entire show is a production itself – with lights, effects, script and music.

Hire Smokey Robinson for your party or event!

Smokey Robinson may be available for your next special event!

Frequently Asked Questions About How To Hire SMOKEY ROBINSON for a private party or special event.

Include information about your plans for your event and how taking steps to hire SMOKEY ROBINSON (or someone similar) might be of special interest.

Official booking fees for SMOKEY ROBINSON, or any other celebrity, are determined based on a number of factors and may change at anytime without prior notice.