How to Hire JANET JACKSON For Your Event!

She is noted for her innovative, socially conscious and sexually provocative records, as well as elaborate stage shows. Her sound and choreography became a catalyst in the growth of MTV, enabling her to rise to prominence while breaking gender and racial barriers in the process. Lyrical content which focused on social issues and lived experiences set her reputation as a role model for youth. 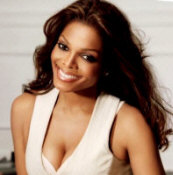 Hire Janet Jackson for your festival or concert plans!

By the end of the 1990s, she was named by Billboard magazine as the second most successful recording artist of the decade, after Mariah Carey.

Having sold more than 100 million records, Janet Jackson is one of the world’s best-selling music artists. She has amassed an extensive catalog, with singles such as “Nasty”, “Rhythm Nation”, “That’s the Way Love Goes”, “Together Again”, and “All for You”; she holds the record for the most consecutive top-ten entries on the US Billboard Hot 100 singles chart by a female artist with 18.

She is also the only artist in the history of the chart to have seven commercial singles from one album (Rhythm Nation 1814) peak within the top five positions.

In 2008, Billboard placed her number seven on its list of the Hot 100 All-Time Top Artists, and in 2010 ranked her fifth among the “Top 50 R&B/Hip-Hop Artists of the Past 25 Years”. In December 2016, the magazine named her the second most successful dance club artist after Madonna.

One of the world’s most awarded artists, her accolades include five Grammy Awards, eleven Billboard Music Awards, eleven American Music Awards, a star on the Hollywood Walk of Fame, and eight Guinness World Records entries. In 2019, she was inducted to the Rock and Roll Hall of Fame.

Janet Jackson has been cited as an inspiration among numerous performers and credited with elevating a standard of sound, showmanship and sex appeal expected of pop stars. She possesses a mezzo-soprano vocal range.

Hire Janet Jackson for your party or event!

Janet Jackson may be available for your next special event!

Frequently Asked Questions About How To Hire JANET JACKSON for a private party or special event.

Include information about your plans for your event and how taking steps to hire JANET JACKSON (or someone similar) might be of special interest.

Official booking fees for JANET JACKSON, or any other celebrity, are determined based on a number of factors and may change at anytime without prior notice.