How to Hire QUEEN LATIFAH For Your Event!

Queen Latifah has been referred to as the “Queen of Rap” and the “Queen of Hip Hop” by several media articles, as well as “rap’s first feminist”. Latifah became the first hip hop artist to receive a star on the Hollywood Walk of Fame (2006). Her work in music, film and television has earned her a Grammy Award, an Emmy Award, a Golden Globe Award, three Screen Actors Guild Awards, two NAACP Image Awards, and an Academy Award nomination. 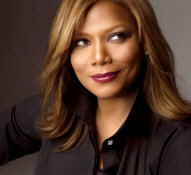 Latifah became the first solo female rapper to receive a RIAA certification for an album (Black Reign), a commercial breakthrough that the AllMusic editor considered that created a path for “a talented crew of women rappers to make their own way onto the charts as the 90s progressed”. Her breakthrough also helped place New Jersey on the hip hop map. 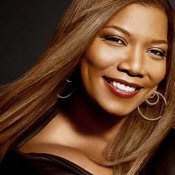 Queen Latifah became the first female hip-hop recording artist to get nominated for an Oscar. In 2003, she was awarded Artist of the Year by Harvard Foundation. In 2006, she became the first hip-hop artist to receive a star on the Hollywood Walk of Fame, and was also inducted into the New Jersey Hall of Fame in 2011.

In her music career, Queen Latifah has sold more than 2 million albums in the US. The Root ranked her at number 35 on The Root 100 list. In 2017, American Black Film Festival honored Latifah with the Entertainment Icon award. In 2018, she received an honorary Doctor of Fine Arts Degree by the Rutgers University. In 2019, Harvard University awarded the W. E. B. Du Bois Medal to Queen Latifah for cultural contributions.

Hire Queen Latifah for a memorable evening of entertainment!

Hire Queen Latifah for your party or event!

Queen Latifah may be available for your next special event!

Frequently Asked Questions About How To Hire QUEEN LATIFAH for a private party or special event.

Include information about your plans for your event and how taking steps to hire QUEEN LATIFAH (or someone similar) might be of special interest.

Official booking fees for QUEEN LATIFAH, or any other celebrity, are determined based on a number of factors and may change at anytime without prior notice.