How to Hire MISSY ELLIOTT For Your Event!

She embarked on her music career with R&B girl group Sista in the early-mid 1990s and later became a member of the Swing Mob collective along with childhood friend and longtime collaborator Timbaland, with whom she worked on projects for American R&B acts Aaliyah, 702, Total, and SWV.

Following several collaborations and guest appearances, she launched her solo career in 1997 with her debut album, Supa Dupa Fly, which spawned the top 20 single “Sock It 2 Me”. The album debuted at number three on the Billboard 200, the highest charting debut for a female rapper at the time. 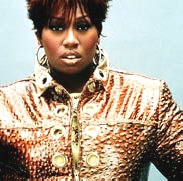 Hire Missy Elliott to entertain at a company’s special event!

She has sold more than 30 million records in the United States. She is the best-selling female rapper in Nielsen Music history, according to Billboard in 2017.

She became the first female rapper inducted into the Songwriters Hall of Fame and received the MTV VMAs Michael Jackson Video Vanguard Award for her impact on the music video landscape.

In 2020, Billboard ranked her at number five on the 100 Greatest Music Video Artists of All Time. In 2021, she was honored with a star on the Hollywood Walk of Fame. 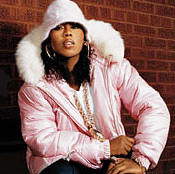 She has written a slew of diverse hits for other superstars, including Whitney Houston, Paula Cole, Destiny’s Child, and Christina Aguilera.

Hire Missy Elliott for your party or event!

Missy Elliott may be available for your next special event!

Frequently Asked Questions About How To Hire MISSY ELLIOTT for a private party or special event.

Include information about your plans for your event and how taking steps to hire MISSY ELLIOTT (or someone similar) might be of special interest.

Official booking fees for MISSY ELLIOTT, or any other celebrity, are determined based on a number of factors and may change at anytime without prior notice.