How to Hire TONI BRAXTON For Your Event!

She has sold more than 70 million records worldwide and is one of the best-selling female artists in history. Toni Braxton has won seven Grammy Awards, nine Billboard Music Awards, seven American Music Awards, and numerous other accolades. In 2011, Braxton was inducted into the Georgia Music Hall of Fame. In 2017 she was honored with the Legend Award at the Soul Train Music Awards.

Her career had its early beginnings in Severn, Maryland, where her natural musical skills became evident when she sang in church with her four sisters. Inspired by the likes of Stevie Wonder, Anita Baker, Chaka Khan and Whitney Houston, Toni set her sights on a singing career and considered college as a backup plan. 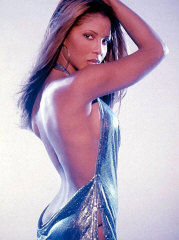 In fact, Toni was studying to become a teacher at Bowie State University when label owners L.A. Reid and Babyface signed her as the first female artist to their then-newly formed LaFace Records in 1992.

Her first taste of success came with two hits from the triple platinum soundtrack for the Eddie Murphy movie, “Boomerang” in the form of “Give U My Heart” (a duet with Babyface) and the pop and R&B smash “Love Shoulda Brought You Home.”

Audiences everywhere were eager to hear more of Toni. Her self-titled debut, released in the summer of 1993, spawned the classics “Another Sad Love Song” (gold, No. 2 R&B, No. 7 pop) and “Breathe Again” (gold, No. 4 R&B, No. 3 pop). The track “Seven Whole Days” – while never released as a commercial single – achieved No. 1 status based on airplay; while two other singles, “You Mean The World To Me” (gold) and “I Belong To You” were also Top 10 R&B hits for Toni.

She became known as “The First Lady Of LaFace.”

Hire Toni Braxton for a special evening of entertainment.

A 1996 release, “Secrets” sold an incredible seven million copies domestically and an additional three million outside the U.S. 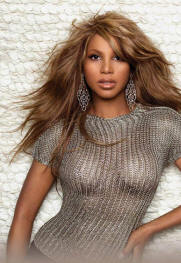 Released in the fall of 1996, the poignant, soulful ballad “Un-Break My Heart” became another pop chart-topper, earning Toni Braxton another Grammy Award (for “Best Pop Vocal Performance, Female”) and a Billboard Award as “Adult Contemporary Single of the Year.” Toni embarked on a major international tour with Kenny G in 1997, finally completing the critically acclaimed trek in October of that year.

Hire Toni Braxton for your party or event!

Toni Braxton may be available for your next special event!

Frequently Asked Questions About How To Hire TONI BRAXTON for a private party or special event.

Include information about your plans for your event and how taking steps to hire TONI BRAXTON (or someone similar) might be of special interest.

Official booking fees for TONI BRAXTON, or any other celebrity, are determined based on a number of factors and may change at anytime without prior notice.