How to Hire HOZIER (HOH-zee-er) For Your Event!

His music primarily draws from folk, soul, and blues, often using religious and literary themes. He had his international breakthrough after releasing his debut single “Take Me to Church”, which has been certified multi-platinum in several countries. 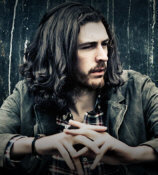 Hire Hozier for your festival or concert plans!

Born and raised in County Wicklow, Ireland, Hozier released his debut EP in 2013, featuring “Take Me to Church”, which became a rock radio hit in the U.S. and peaked at number two on the Billboard Hot 100. His debut studio album was released in March 2014 to critical acclaim. It has been certified 6× platinum in Ireland and multi-platinum in several countries.

As a result of his countryside upbringing, many of Hozier’s early music exposure came from his parents’ blues, jazz, and soul record collections, incorporating artists like John Lee Hooker, Muddy Waters, Bukka White, and Tom Waits. 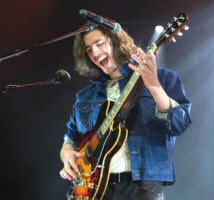 In 2015 “Take Me to Church” was later nominated at the 57th Annual Grammy Awards for Song of the Year. At the awards show, he performed the song with Annie Lennox, and later at the 2015 Billboard Music Awards. Also, in 2015 he won the VH1 Artist of the Year, a fan-voted award. At the ceremony, he performed “Take Me to Church” and The Beatles’ “Blackbird” with singer Tori Kelly.

In September 2018, Hozier released an EP titled Nina Cried Power and featured the title track as a single, reaching number one on the Billboard Adult Alternative Songs chart.  The song that highlights artists such as Nina Simone, Bob Dylan, and Mavis Staples whose work takes a political or social justice stance.

In March of 2019 he released his second album Wasteland, Baby!, which debuted atop the Irish Albums Chart and the Billboard 200, and has since been certified gold in the U.S.

Hire Hozier for your party or event!

Hozier may be available for your next special event!

Frequently Asked Questions About How To Hire HOZIER for a private party or special event.

HOW TO BOOK HOZIER?
(i.e., how to hire HOZIER for an event)

Include information about your plans for your event and how taking steps to hire HOZIER (or someone similar) might be of special interest.

Official booking fees for HOZIER, or any other celebrity, are determined based on a number of factors and may change at anytime without prior notice.

IS HOZIER AVAILABLE TO WORK MY EVENT?
(i.e., what is HOZIER‘s availability?)