How to Hire ALICIA KEYS For Your Event!

She has sold more than 90 million records worldwide, making her one of the world’s best-selling music artists and she was named by Billboard the top R&B artist of the 2000s decade.

Alicia Keys has received numerous accolades in her career, including 15 competitive Grammy Awards, 17 NAACP Image Awards, 12 ASCAP Awards, and an award from the Songwriters Hall of Fame and National Music Publishers Association. She placed tenth on their list of Top 50 R&B/Hip-Hop Artists of the Past 25 Years. VH1 included her on their 100 Greatest Artists of All Time and 100 Greatest Women in Music lists, while TIME has named her in their 100 list of most influential people in 2005 and 2017. 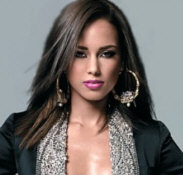 From the beginning of her career, Alicia Keys has been noted for being a multifaceted talent as a singer, songwriter, instrumentalist, arranger, and producer. She achieved acclaim for her unique style and maturity as a classical musician and singer-songwriter. 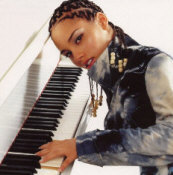 Hire Alicia Keys for a memorable evening of entertainment!

Alicia Keys has been praised for her expressive vocals and emotive delivery. In a review of Songs in A Minor, Jam! complimented her “crooning” and “warm” vocals as well as her belting “gospel-style”. Alicia Keys has a three octave contralto vocal range. 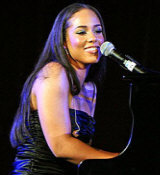 Keys’ lyrical content has included themes of love, heartbreak, female empowerment, hope, her philosophy of life and struggles, inner city life experiences, and social and political commentary. Alicia Keys has been referred to as the “Queen of R&B” by various media outlets.

Hire Alicia Keys for your event!

Frequently Asked Questions About How To Hire ALICIA KEYS for a private party or special event.

HOW TO BOOK ALICIA KEYS?
(i.e., how to hire ALICIA KEYS for an event)

Include information about your plans for your event and how taking steps to hire Alicia Keys (or someone similar) might be of special interest.

Official booking fees for ALICIA KEYS, or any other celebrity, are determined based on a number of factors and may change at anytime without prior notice.

IS ALICIA KEYS AVAILABLE TO WORK MY EVENT?
(i.e., what is ALICIA KEYS‘s availability?)