How to Hire NE-YO For Your Event!

He gained fame for his songwriting abilities when he penned Mario’s 2004 hit “Let Me Love You”. The single’s successful release prompted a meeting between Ne-Yo and Def Jam’s then-president Jay-Z, resulting in a long-tenured recording contract.

Born into a family of musicians from Arkansas, Shaffer C. Smith a.k.a. Ne-Yo was raised in a single parent home by his mother. In hopes of a better opportunity, Ne-Yo‘s mother relocated the family to Las Vegas, Nevada, where Ne-Yo would discover his passion. 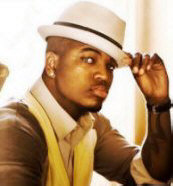 Hire Ne-Yo for that special occasion!

A master in the art of storytelling, Ne-Yo began writing at an early age. A vivid imagination and creative energy has allowed Ne-Yo to write songs for multi-platinum artists such as Mary J. Blige, B2K, Faith Evans, and Musiq Soulchild. When asked about writing number one hits for other artists, simply put, Ne-Yo said, “I feel there is always room for good music. I want to reach people’s soul with my lyrics through whatever vessel God chooses.”

Ne-Yo found his first taste of real success in 2004 after “Let Me Love You,” a song he wrote for R&B singer Mario, became an instant smash. Shortly thereafter, Ne-Yo was asked to prepare an album consisting entirely of his own material. “In My Own Words” debuted at No. 1 on The Billboard 200, and went on to spawn three hit singles: “Stay,” “So Sick,” and “When You’re Mad.” 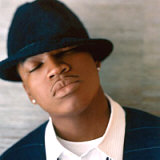 Hire Ne-Yo for a special anniversary!

Infusing pop melodies to rich, soulful production Ne-Yo creates both a unique sound and sentiment for his records.

He confesses, “I’ve always been the writer, the guy in the background, but being the actual artist is a whole new experience for me.”

Citing Prince, Marvin Gaye, The Rat Pack, and Stevie Wonder in his list of favorite entertainers, Ne-Yo invokes a nostalgic feeling, a renaissance if you will. Whether it’s the bedroom or the dance floor, Ne-Yo‘s songs are filled with passion and intense energy that pulls (you into the music) and puts you into a zone.

He graces and challenges popular music with his writing and vocal talents. Ne-Yo is a rare artist – expressing creativity through drawings, paintings, martial arts and song. He is distinguished by youthful energy with in-depth lyrics that touch the soul.

Hire Ne-Yo for your party or event!

Ne-Yo may be available for your next special event!

Frequently Asked Questions About How To Hire NE-YO for a private party or special event.

Include information about your plans for your event and how taking steps to hire NE-YO (or someone similar) might be of special interest.

Official booking fees for NE-YO, or any other celebrity, are determined based on a number of factors and may change at anytime without prior notice.

IS NE-YO AVAILABLE TO WORK MY EVENT?
(i.e., what is NE-YO‘s availability?)