How to Hire VANESSA WILLIAMS For Your Event!

Hire Vanessa Williams:
Vanessa Lynn Williams is an American singer, actress, fashion designer, and international superstar. She gained recognition as the first African-American woman to receive the Miss America title when she was crowned Miss America 1984 in 1983. 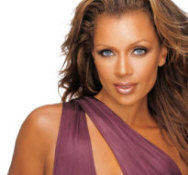 Vanessa Williams has had two #1 singles (“Save the Best for Last,” “Love Is”), gold, multi-platinum and platinum albums her first three times out, totaling more than four million in sales (’88’s “The Right Stuff,” ’91’s “The Comfort Zone” and ’95’s “The Sweetest Days”), an Oscar-winning song (“Colors of the Wind” from Disney’s Pocahontas) and performed critically praised roles on Broadway (“Kiss of the Spider Woman”) and motion pictures (starring opposite Arnold Schwarzenegger in the hit summer movie “Eraser,” where she also sang the film’s theme song, “Where Do We Go From Here”).

Hire Vanessa Williams as surprise entertainment for your party!

Vanessa Lynn Williams was born to Milton and Helen Williams, both of whom held advanced degrees in music. They were responsible for introducing her to piano and the French horn. However, it was her beautiful and silky voice that came naturally to her. Her voice would become so much her love that she would continue to pursue singing through college at Syracuse University as a Theater Arts major.

Hire Vanessa Williams for a memorable evening of entertainment!

As Vanessa’s beauty and graciousness matured, she began doing beauty pageants. Soon, she was crowned Miss New York. She would then go on to represent New York in the Miss America pageant. She became the first African American to ever win the Miss America crown.

Toward the end of her reign, her past actions came back to haunt her. She had posed for Penthouse Magazine in her pre-Miss America days and the magazine was threatening to reveal the pictures. So, she resigned as Miss America.

A year later Vanessa did backup vocals on George Clinton’s “Hey Good Looking” and “Do Fries Go with That Shake?”. These got the attention of Wing/Mercury Record executives, who signed Vanessa to her own recording contract.

In 1988 Vanessa’s debut album “The Right Stuff” was released. It won her a new image – a more playful, funky and sexy Vanessa Williams. Her single “Dreaming” hit #1 in the charts.

In 1991 her second album, “The Comfort Zone” was released and featured the ballad “Save the Best For Last,” which stayed #1 on the charts for five weeks.

In 1995 Vanessa Williams brought out her third CD “The Sweetest Days” which went platinum quickly.

Hire Vanessa Williams for your party or event!

Vanessa Williams may be available for your next special event!

Frequently Asked Questions About How To Hire VANESSA WILLIAMS for a private party or special event.

Include information about your plans for your event and how taking steps to hire VANESSA WILLIAMS (or someone similar) might be of special interest.

Official booking fees for VANESSA WILLIAMS, or any other celebrity, are determined based on a number of factors and may change at anytime without prior notice.