How to Hire JOE WALSH For Your Event!

Member of: the Eagles

Hire Joe Walsh:
GRAMMY AWARD winning Joseph Fidler Walsh (born November 20, 1947) is an American guitarist, singer, and songwriter. In a career spanning over five decades, Joe Walsh has been a member of three successful rock bands: the James Gang, the Eagles, and Ringo Starr & His All-Starr Band. He was also part of the New Zealand band, Herbs. In the 1990s, he was a member of the short-lived supergroup, The Best.

Joe Walsh has also experienced success both as a solo artist and as a prolific session musician, being featured on a wide array of other artists’ recordings. In 2011, Rolling Stone placed him at the No. 54 spot on its list of “100 Greatest Guitarists of All Time”. 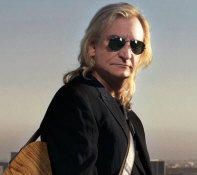 Hire Joe Walsh for your festival or concert plans!

As a member of the Eagles, Walsh was inducted into the Rock and Roll Hall of Fame in 1998, and into the Vocal Group Hall of Fame in 2001. The Eagles are considered to be one of the most influential bands of the 1970s, and they remain one of the best-selling American bands in the history of popular music.

His creative contribution to music has received praise from many of the best rock guitarists, including Led Zeppelin’s Jimmy Page, who said, “He has a tremendous feel for the instrument. I’ve loved his style since the early James Gang.”

Eric Clapton said that “He’s one of the best guitarists to surface in some time. I don’t listen to many records, but I listen to his.” The Who‘s guitarist, Pete Townshend, said “Joe Walsh is a fluid and intelligent player. There’re not many like that around.” 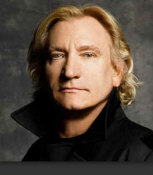 On February 12, 2012, Joe Walsh appeared on stage with Paul McCartney, Bruce Springsteen, Dave Grohl, and McCartney’s band at the Staples Center in Los Angeles to close out the Grammy Awards. Walsh also appeared on the 60th Episode of Live from Daryl’s House with Daryl Hall, which premiered on November 15, 2012.

On February 9, 2014, Walsh was featured in several songs on the CBS special The Night That Changed America: A Grammy Salute to The Beatles.

Walsh cites influences from rock and pop bands and guitarists, many of whom he has encountered on concert tours: Les Paul, Jimi Hendrix, B.B. King, Chuck Berry, Little Richard, Eric Clapton, the Rolling Stones, the Beach Boys, Jeff Beck, the Beatles, Jimmy Page and Led Zeppelin, Ritchie Blackmore and Deep Purple, Manfred Mann, Duane Allman and The Allman Brothers, Ronnie Wood and The Faces, Pete Townshend and The Who, and The Ventures.

In 2017, Joe Walsh contacted others in the music industry, including the Zac Brown Band, Gary Clark Jr., and Keith Urban, to try to organize and perform what became VetsAid – a concert series along the lines of Willie Nelson‘s Farm Aid.

Hire Joe Walsh for your party or event!

Joe Walsh may be available for your next special event!

Frequently Asked Questions About How To Hire JOE WALSH for a private party or special event.

HOW TO BOOK JOE WALSH?
(i.e., how to hire JOE WALSH for an event)

Include information about your plans for your event and how taking steps to hire JOE WALSH (or someone similar) might be of special interest.

Official booking fees for JOE WALSH, or any other celebrity, are determined based on a number of factors and may change at anytime without prior notice.

IS JOE WALSH AVAILABLE TO WORK MY EVENT?
(i.e., what is JOE WALSH‘s availability?)