How to Hire RINGO STARR & His ALL-STARR BAND For Your Event!

Since 1989, Starr has toured with fourteen or more variations of the band, where “everybody on stage is a star in their own right”. Ringo Starr and his All-Starr Band is a concept that was created by producer David Fishof. 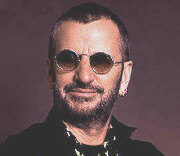 Hire Ringo Star & His All-Starr Band for your festival or concert plans!

The band has consistently toured for more than three decades and rotates its line-up depending on availability of musicians and at Starr’s discretion.

All-Starr Band shows generally feature 10–12 songs sung by Starr, including those he performed with The Beatles and in his solo career. Mixed with Starr‘s songs are those performed by the All-Starrs (usually 2–3 per person), generally the biggest hits from their respective groups or solo careers.

The All-Starr Band does not compose original music, but a number of live albums featuring the group have been released.

The tour met with great success and yielded Ringo’s first live album, released on Rykodisc in 1990 and titled simply, “Ringo and His All-Starr Band.”

In 1995, Ringo put together his third All-Starr Band. This time the band welcomed the return of All-Starr 1 member Billy Preston, and from the second tour, Ringo’s son Zak. The line-up also featured BTO’s Randy Bachman, Grand Funk‘s Mark Farner, John Entwistle from The Who, Felix Cavaliere of the Young Rascals and Mark Riviera.

Hire Ringo Starr for your party or event!

Ringo Starr may be available for your next special event!

Frequently Asked Questions About How To Hire RINGO STARR for a private party or special event.

HOW TO BOOK RINGO STARR?
(i.e., how to hire RINGO STARR for an event)

Include information about your plans for your event and how taking steps to hire RINGO STARR (or someone similar) might be of special interest.

Official booking fees for RINGO STARR, or any other celebrity, are determined based on a number of factors and may change at anytime without prior notice.

IS RINGO STARR AVAILABLE TO WORK MY EVENT?
(i.e., what is RINGO STARR‘s availability?)