How to Hire KELLY CLARKSON For Your Event!

Hire Kelly Clarkson:
GRAMMY AWARD winning Kelly Brianne Clarkson (born April 24, 1982) is an American singer, songwriter, author, and television personality. She rose to fame after winning the first season of American Idol in 2002, which earned her a record deal with RCA.

On September 17, 2002, her debut double-A-side single, “Before Your Love”/”A Moment Like This”, was released. Both songs were performed by Clarkson during the season finale of American Idol.

After debuting at number 60 on the Billboard Hot 100 chart, the single climbed to number 52 the following week, and subsequently ascended to number one. It broke a 38-year-old record set by the British band The Beatles for the biggest leap to number one. It eventually went on to become the best-selling single of 2002 in the United States. 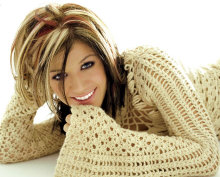 Hire Kelly Clarkson for your festival or concert plans!

Her full-length solo debut was slated for March 4, 2003, and already, Kelly Clarkson had attracted famed songwriters and producers like Diane Warren and the team of Jimmy Jam & Terry Lewis (Janet Jackson, Mariah Carey).

Her debut single, “A Moment Like This”, topped the US Billboard Hot 100, and became the country’s best-selling single of 2002. It was included on her debut studio album, Thankful (2003), which debuted atop the Billboard 200.

Immediately after winning American Idol, Kelly Clarkson was signed to a record deal with RCA Records, 19 Recordings, and S Records by talent manager Simon Fuller, who created American Idol, and music mogul Clive Davis, who was slated to executive-produce her debut album.

Billboard has hailed Clarkson as “one of pop music’s greatest singers”, and honored her with the Powerhouse Award, while VH1 ranked her nineteenth on their list of the 100 Greatest Women in Music.

Kelly Clarkson surpassed Sheryl Crow and Katy Perry as the female artist with the most top-ten songs on the chart.

Clarkson is a soprano, with a range spanning from E♭3 to G6. Clarkson can ascend to the whistle register, as well as possessing the ability to sing complex melisma.

In an interview with Good Morning America, Simon Cowell was asked of the then six American Idol winners, who he thought had the best voice. Cowell immediately answered that Clarkson did “by a mile”, noting that she was “up there” with other great singers such as Celine Dion.

She said, “My stepfather is into Willie Nelson and Elvis and all that kind of stuff. And my real father is into Whitney and Mariah, and Aretha, all those soulful singers. My mom is into more, like, adult contemporary — Celine Dion, Barbra Streisand, Bette Midler, all those types of things.”

“My brother is a big influence on me. He’s like ten years older than me, so you always wanna be around your cool brother and hang out, so I grew up loving Guns N’ Roses. I was all about Metallica. I was all about all those bands, and I still am. I love Aerosmith and No Doubt. I have so many influences on me that are so different. And even country. I love Reba McEntire. I could listen to her all the time.”

She became the first artist to top each of Billboard’s pop, adult contemporary, adult pop, country and dance charts. She was ranked nineteenth on VH1’s list of 100 Greatest Women in Music.

Kelly Clarkson has been an influence on other artists, including Vanessa Hudgens, Demi Lovato, Ava Max, Jordin Sparks, Ashley Tisdale, Avril Lavigne, as well as country music singers such as Kelsea Ballerini and Priscilla Block.

Hire Kelly Clarkson for your party or event!

Kelly Clarkson may be available for your next special event!

Frequently Asked Questions About How To Hire KELLY CLARKSON for a private party or special event.

Include information about your plans for your event and how taking steps to hire KELLY CLARKSON (or someone similar) might be of special interest.

Official booking fees for KELLY CLARKSON, or any other celebrity, are determined based on a number of factors and may change at anytime without prior notice.