How to Hire BETTE MIDLER For Your Event! 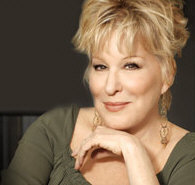 Hire Bette Midler for your festival or concert plans.

Bette Midler began her career as an extra in Hawaii, which prompted a move from her Honolulu hometown to New York in 1965. Within months, she debuted on stage in Miss Nefertiti Regrets, and went on to take over the role of Tzeitel in the hit Broadway musical Fiddler on the Roof.

Following singing engagements at New York cabarets, Bette Midler opened a record-breaking run at the Continental Baths, which led to a recording contract, and in 1973 she won a Grammy for her platinum-selling debut album, “The Divine Miss M.“

She later earned additional Grammys for the title song from “The Rose,” “Blueberry Pie” and the “Beaches” soundtrack album, featuring “Wind Beneath My Wings.”

Many of her albums have achieved platinum status, and her concerts and stage shows opened to sold-old houses. Her appearance at Broadway’s Palace Theatre earned a Tony Award and her 1993 tour Experience the Divine broke all box office records for a concert by an individual.

Among Midler’s feature credits are 1979’s “The Rose,” which earned her an Oscar nomination and two Golden Globe Awards, followed by the film adaptation of her Broadway show “Divine Madness,” and starring roles in “Jinxed,” “Down and Out in Beverly Hills,” “Ruthless People,” “Outrageous Fortune,” “Big Business,” “Beaches,” “Stella,” “Scenes From a Mall” and “For the Boys,” for which she won a Golden Globe Award and an Oscar nomination for Best Actress.

On television, Bette Midler won a People’s Choice and a TV Guide Award for her debut series role in the comedy Bette. She headlined the HBO specials The Fabulous Bette Midler Show and De Tour, the Emmy Award-winning CBS special Ol Red Hair is Back and HBO’s concert film Diva Las Vegas, which brought an Emmy Award for her performance and received a record 10 nominations for the year.

She won an Emmy for her moving appearance on Johnny Carson’s final Tonight Show episode, as well as a Golden Globe and a National Board of Review award for her performance in the 1992 television adaptation of the musical, Gypsy. 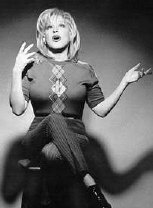 Hire Bette Midler for your party or event!

Bette Midler may be available for your next special event!

Frequently Asked Questions About How To Hire BETTE MIDLER for a private party or special event.

Include information about your plans for your event and how taking steps to hire BETTE MIDLER (or someone similar) might be of special interest.

Official booking fees for BETTE MIDLER, or any other celebrity, are determined based on a number of factors and may change at anytime without prior notice.