How to Hire DON FELDER For Your Event!

Former member of: The Eagles

Hire Don Felder: A world-renowned musician, Don Felder was one of the five members and lead guitarist of the rock group The Eagles for 27 years. Credited with adding a rock and roll edge to their country sound, he co-wrote the music for their biggest hit, the multi-Grammy award winning song “Hotel California.”

With 14 Grammy nominations and 4 wins, his signature guitar work has become legendary on songs like “Hotel California,” “Life in The Fast Lane,” “One Of These Nights,” “New Kid In Town,” and the list goes on. 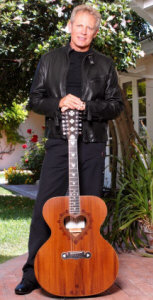 Hire Don Felder for your festival or concert plans!

Don and The Eagles hold the honor of having the first Platinum album certified by the RIAA. That album, The Eagles’ Their Greatest Hits 1971-1975, has reached over 26 million copies, becoming the best-selling album of the 20th century.

In the years the band was apart, Don wrote music for films and television including songs in Sluggers Wife by Neil Simon, Fast Times At Ridgemont High, Heavy Metal, Secret Admirer, Nice Dreams, and Galaxy High. 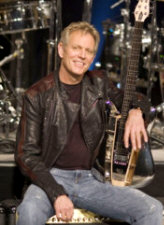 Hire Don Felder to entertain at a special anniversary!

Don Felder made session appearances on albums by artists as diverse as Diana Ross, Barbra Streisand, and Andy Gibb. During this time, he also contributed guitar work to Stevie Nicks‘ first two solo albums, Bella Donna and The Wild Heart. He also hosted a television show for children called FTV, and continues his work with kids through various charities around the world.

A member of the Rock and Roll Hall of Fame since 1998, Don is also a New York Times best-selling author, having published a book on his life with The Eagles called “Heaven and Hell.”

Hire Don Felder: Since 2005, Felder has been touring with his own band, the Don Felder Band. In 2014, they toured with rock bands Styx and Foreigner. In 2017, Felder toured the US with Styx and REO Speedwagon.

Hire Don Felder for your party or event!

Don Felder may be available for your next special event!

Frequently Asked Questions About How To Hire DON FELDER for a private party or special event.

HOW TO BOOK DON FELDER?
(i.e., how to hire DON FELDER for an event)

Include information about your plans for your event and how taking steps to hire DON FELDER (or someone similar) might be of special interest.

Official booking fees for DON FELDER, or any other celebrity, are determined based on a number of factors and may change at anytime without prior notice.

IS DON FELDER AVAILABLE TO WORK MY EVENT?
(i.e., what is DON FELDER‘s availability?)