How to Hire RICHARD MARX For Your Event! 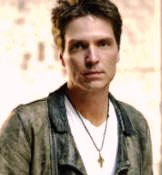 Hire Richard Marx for your festival or concert plans!

Richard Marx has sold more than 30 million albums, owns 26 top 20 singles and 17 top 10s and, as a songwriter, earned a Grammy for song of the year. He is the writer of 14 number one songs.

In 1984, Richard Marx had his first number one success with “What About Me?” which was recorded by Kenny Rogers, Kim Carnes, and James Ingram.

His second chart-topper was 1985’s “Crazy”, a song he co-wrote with country music superstar Kenny Rogers.

In 1986, Marx contributed backing vocals on Madonna‘s True Blue album and can particularly be heard on the track “White Heat”.

In 1991, Marx contributed backing vocals on Cher‘s Love Hurts album and can particularly be heard on the track “A World Without Heroes”.

In 2000, Richard Marx wrote and produced “This I Promise You”, a single by NSYNC.

In 2006, during the summer, Richard Marx toured with Ringo Starr & His All-Starr Band. Other members of that year’s All Starr Band included Edgar Winter, Sheila E, and Billy Squier.

His discography includes 12 studio albums (plus a Holiday album Christmas Spirit), 13 compilation albums, 3 live albums and 91 single releases, and along with chart rankings for each album and single and RIAA (and International) certifications for the albums.

Richard Marx may be available for your next special event!

Frequently Asked Questions About How To Hire RICHARD MARX for a private party or special event.

Include information about your plans for your event and how taking steps to hire RICHARD MARX (or someone similar) might be of special interest.

Official booking fees for RICHARD MARX, or any other celebrity, are determined based on a number of factors and may change at anytime without prior notice.