How to Hire RANDY NEWMAN For Your Event! 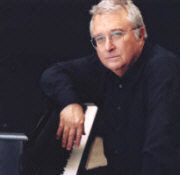 Hire Randy Newman for your festival or concert plans!

His song “You Can Leave Your Hat On” song was covered by Three Dog Night, then Joe Cocker, and later by Keb Mo, Etta James, and Tom Jones.

In 1985, Randy Newman performed a set at the first Farm Aid concert that included a duet with Billy Joel on facing grand pianos.

In 2002, Randy Newman was inducted into the Songwriters Hall of Fame, and he received the Academy Award for Best Original Song for the Monsters, Inc. song “If I Didn’t Have You”, beating Sting, Enya and Paul McCartney.

In 2010, he received a star on the Hollywood Walk of Fame.

In 2013, he was inducted into the Rock and Roll Hall of Fame.

In September 2014, Newman received a Max Steiner Film Music Achievement Award and performed at the annual film music gala Hollywood in Vienna for the first time together with his cousin, David Newman.

Hire Randy Newman for your party or event!

Randy Newman may be available for your next special event!

Frequently Asked Questions About How To Hire RANDY NEWMAN for a private party or special event.

Include information about your plans for your event and how taking steps to hire RANDY NEWMAN (or someone similar) might be of special interest.

Official booking fees for RANDY NEWMAN, or any other celebrity, are determined based on a number of factors and may change at anytime without prior notice.