How to Hire TOM JONES For Your Event!

His performing range has included pop, R&B, show tunes, country, dance, soul and gospel. In 2008, the New York Times called Tom Jones a musical “shape shifter”, who could “slide from soulful rasp to pop croon, with a voice as husky as it was pretty”. 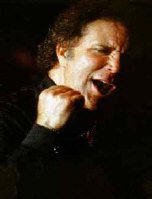 Hire Tom Jones for your festival or concert plans.

Jones’s voice has been described as a “full-throated, robust baritone”.

Hire Tom Jones to entertain at your company’s special event!

Tom Jones is the quintessential ladies man. His name is synonymous with the words “sex symbol.” It is not unusual for ladies to toss undergarments onstage when he sings.

In his native Wales, he is known as “Jones the Voice.” Today, he is one of the most enduring personalities in the music entertainment business. His unique vocal power, ability and charismatic persona make him one of the most respected, admired and loved performers in modern music.

Tom’s unique weighty voice is a baritone to tenor range. He is a vocal powerhouse with the ability to give his audience every ounce of his energy, enthusiasm and concentration.

If his delivery is vigorous, he invites his audience in with the vulnerability of his emotional conviction. He is a natural, a Welshman, a worker, an artist. 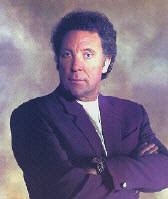 Tom Jones possesses a wide range of musical expression. He is first and foremost a rocker with a true rhythm and blues soul. In his youth, he was a “Teddy-Boy,” a rebel, with not much on his mind but music and sex.

His young style and attitude was dominated by the birth of rock ‘n’ roll. But he had ears and a natural ability that could appreciate and understand the quickly burgeoning styles of popular music. As much time as he spent listening to American and British radio he would spend in the pubs, drinking and singing. He learned he could sing anything, and he learned he could entertain.

Tom Jones has sustained his popularity for more than three decades. His recordings have spanned the spectrum from gospel to pop, rock to standard, rhythm and blues to rock-a-billy, country to contemporary urban sounds. His sensuous performance style is legendary, while his salient grace is that he never takes his image too seriously.

With his tremendous recording success, Tom Jones has been able to draw capacity audiences everywhere, from concert halls and arenas in the U.S. and Europe to the showrooms of Las Vegas. His skills as a showman and entertainer are sharply developed. His energy, openness and spontaneity charm critics and audiences alike.

Hire Tom Jones for your party or event!

Tom Jones may be available for your next special event!

Frequently Asked Questions About How To Hire TOM JONES for a private party or special event.

HOW TO BOOK TOM JONES?
(i.e., how to hire TOM JONES for an event)

Include information about your plans for your event and how taking steps to hire TOM JONES (or someone similar) might be of special interest.

Official booking fees for TOM JONES, or any other celebrity, are determined based on a number of factors and may change at anytime without prior notice.

IS TOM JONES AVAILABLE TO WORK MY EVENT?
(i.e., what is TOM JONES‘s availability?)