How to Hire LADY GAGA For Your Event!

Gaga began performing as a teenager, singing at open mic nights and acting in school plays.

Following her opening act on the Pussycat Dolls’ 2009 Doll Domination Tour in Europe and Oceania, Gaga headlined her worldwide The Fame Ball Tour, which ran from March to September 2009. 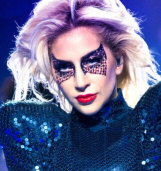 Having sold an estimated 170 million records, Lady Gaga is one of the world’s best-selling music artists and the only female artist to achieve four singles that each sold at least 10 million copies globally.

Her accolades include 13 Grammy Awards, two Golden Globe Awards, 18 MTV Video Music Awards, awards from the Songwriters Hall of Fame and the Council of Fashion Designers of America, and recognition as Billboard’s Artist of the Year (2010) and Woman of the Year (2015).

She has also been included in several Forbes’ power rankings and ranked fourth on VH1’s Greatest Women in Music (2012). Time magazine named her one of the 100 most influential people in the world in 2010 and 2019 and placed her on their All-Time 100 Fashion Icons list. 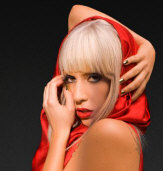 In 2009, Lady Gaga spent a record 150 weeks on the UK Singles Chart and became the most downloaded female act in a year in the US, with 11.1 million downloads sold, earning an entry in the Guinness Book of World Records.

Worldwide, the albums, The Fame and The Fame Monster, together have sold more than 15 million copies, and the latter was 2010’s second best-selling album. Its success allowed Gaga to start her second worldwide concert tour, The Monster Ball Tour, and release The Remix, her final record with Cherrytree Records and among the best-selling remix albums of all time.

The Monster Ball Tour ran from November 2009 to May 2011 and grossed $227.4 million, making it the highest-grossing concert tour for a debut headlining artist 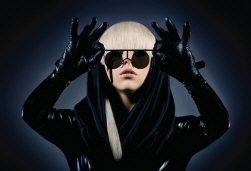 Gaga’s musical inspiration varies from dance-pop singers such as Madonna and Michael Jackson to glam rock artists such as David Bowie and Freddie Mercury, as well as the theatrics of the pop artist Andy Warhol and her own performance roots in musical theater.

She has been compared to Madonna, who has said that she sees herself reflected in Gaga. Gaga says that she wants to revolutionize pop music as Madonna has. Gaga has also cited heavy metal bands as an influence, specifically Iron Maiden, Black Sabbath and Marilyn Manson. She credits Beyoncé as a key inspiration to pursue a musical career.

In 2018, NPR named her the second most influential female artist of the 21st century, noting her as “one of the first big artists of the ‘Internet age'”.

Hire Lady Gaga for your party or event!

Lady Gaga may be available for your next special event!

Frequently Asked Questions About How To Hire LADY GAGA for a private party or special event.

HOW TO BOOK LADY GAGA?
(i.e., how to hire LADY GAGA for an event)

Include information about your plans for your event and how taking steps to hire LADY GAGA (or someone similar) might be of special interest.

Official booking fees for LADY GAGA, or any other celebrity, are determined based on a number of factors and may change at anytime without prior notice.

IS LADY GAGA AVAILABLE TO WORK MY EVENT?
(i.e., what is LADY GAGA‘s availability?)