How to Hire JASON ISBELL For Your Event!

Hire Jason Isbell:
GRAMMY AWARD winning Michael Jason Isbell is an American singer-songwriter and guitarist. He is known for his solo career, his work with the band The 400 Unit, and as a member of Drive-By Truckers for six years, from 2001 to 2007. Isbell has won four Grammy Awards.

Jason Isbell has spoken about the importance of his northern Alabama roots: “I definitely don’t feel like I would be the musician that I am, or the type of songwriter, had I not come from that particular place,” he says now. “The soul music that came out of there, and a lot of the soul-influenced rock and roll and country music that came out of the studios in north Alabama in the 1960s and 1970s had a big influence on me.” 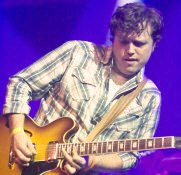 Hire Jason Isbell for your festival or concert plans!

In addition to citing Neil Young as a big influence, Isbell is a fan of singer-songwriter Ben Howard and guitarist Blake Mills.

In 2007, Isbell released his first solo album, Sirens of the Ditch. 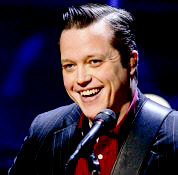 Southeastern led to Isbell’s clean sweep of the 2014 Americana Music Awards. Southeastern won Album of the Year, Isbell was named Artist of the Year, and the song “Cover Me Up” was named Song of the Year.  It was later certified Gold by RIAA in 2022.  NPR rock critic Ken Tucker listed Southeastern at No. 1 on his top ten albums of 2013. Isbell’s record received praise by artists like Bruce Springsteen and John Prine.

On February 11, 2020, Isbell announced a new album, Reunions. It was released on May 15, 2020. Reunions sees Isbell once again working with producer Dave Cobb and features guest vocals by Jay Buchanan of Rival Sons and David Crosby. The album announcement was made alongside the release of the first song of the album, “Be Afraid”, which peaked at a career high number 5 on the Adult Alternative Songs chart.

On November 5, 2020, Isbell announced on Twitter that if Joe Biden won the state of Georgia in the 2020 United States presidential election, he would record a charity album featuring covers of songs by Georgia artists, such as R.E.M. and Gladys Knight.

After it was projected that Biden had won the state, he reaffirmed on Twitter that he was being serious and that he would begin work on the album shortly. The album, entitled Georgia Blue, was formally announced on September 14, 2021, with release dates of October 15 for the digital version and November 26 for CD and vinyl.

In September 2021, Jason Isbell and the 400 Unit contributed to a cover of the Metallica song “Sad but True” to the charity tribute album The Metallica Blacklist.

Isbell has a tattoo on the inside of his left arm with a quotation from the lyrics of the Bob Dylan song “Boots of Spanish Leather”. He said that the quote “reminds him about the idea of salvaging things”, that for him it “evokes the idea of loss as well as learning and growing from the experience”.

Hire Jason Isbell for your party or event!

Jason Isbell may be available for your next special event!

Frequently Asked Questions About How To Hire JASON ISBELL for a private party or special event.

Include information about your plans for your event and how taking steps to hire JASON ISBELL (or someone similar) might be of special interest.

Official booking fees for JASON ISBELL, or any other celebrity, are determined based on a number of factors and may change at anytime without prior notice.