How to Hire GWEN STEFANI For Your Event!

Hire Gwen Stefani:
GRAMMY AWARD winning Gwen Stefani is an American singer, songwriter, rapper, fashion designer and actress. She is a co-founder, lead vocalist, and the primary songwriter of the band No Doubt, whose singles include “Just a Girl”, “Spiderwebs”, and “Don’t Speak”, from their 1995 breakthrough studio album, Tragic Kingdom, as well as “Hey Baby” and “It’s My Life” from later albums. 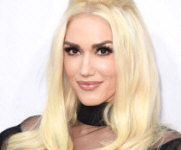 Hire Gwen Stefani for your festival or concert plans!

Gwen Stefani has won three Grammy Awards. As a solo artist, she has received an American Music Award, Brit Award, World Music Award, and two Billboard Music Awards. In 2003, she debuted her clothing line L.A.M.B. and expanded her collection with the 2005 Harajuku Lovers line, inspired by Japanese culture and fashion.

Billboard magazine ranked Gwen Stefani the 54th most successful artist and 37th most successful Hot 100 artist of the 2000–2009 decade. VH1 ranked her 13th on their “100 Greatest Women in Music” list in 2012. Including her work with No Doubt, Stefani has sold more than 30 million albums worldwide. 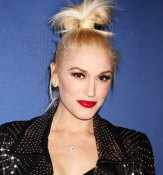 AXS called Gwen Stefani a “powerhouse” vocalist with an “incredible” range. IGN described Stefani as having a “unique vocal prowess”. The Chicago Tribune stated that Stefani had a “brash alto”.

Throughout her career as a solo artist, Gwen Stefani has won several music awards, including one Grammy Award, four MTV Video Music Awards, one American Music Award, one Brit Award, and two Billboard Music Awards. With No Doubt, she has won two Grammy Awards.

In 2005, Rolling Stone called her “the only true female rock star left on radio or MTV” and featured her on the magazine’s cover. Stefani received the Style Icon Award at the first People Magazine Awards in 2014.

In 2016, the singer was honored at the Radio Disney Music Awards with a Hero Award, which is given to artists based on their personal contributions to various charitable works.

Gwen Stefani has been referred to as a “Pop Princess” by several contemporary music critics. In 2012, VH1 listed the singer at the number thirteen on their list of “100 Greatest Women in Music”.

The latter group, a quartet of Barbados musicians, claimed that both Stefani and No Doubt had helped influence their music, to which the lead singer of the group, Amanda Reifer, said that she would “pass out” if she ever met Stefani.

Hire Gwen Stefani for your party or event!

Gwen Stefani may be available for your next special event!

Frequently Asked Questions About How To Hire GWEN STEFANI for a private party or special event.

Include information about your plans for your event and how taking steps to hire GWEN STEFANI (or someone similar) might be of special interest.

Official booking fees for GWEN STEFANI, or any other celebrity, are determined based on a number of factors and may change at anytime without prior notice.