How To Book
USHER
For Your Event!

Usher may be available for your next special event!

How To Hire Usher For A Private Party Or Special Event!

Usher first surfaced in 1994 with his self-titled debut album and instantly earned the hearts of many fans, young and old, male and female, with his powerful voice, charming smile, adorable baby face and electrifying performances. This album was co-executive-produced by Sean “Puffy” Combs (Bad Boy Entertainment), and yielded one gold top ten hit “Think of You” produced by label mate Donell Jones, which introduced Usher to the world. 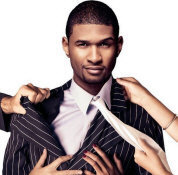 The combination of Usher’s matured voice, self-confidence and youthful flavor displays much of Usher’s vibrant personality through his music. Usher leaves no question on his superb vocal abilities, providing a variety of ranges and deliveries through great strength.

While graduating from high school and finishing his sophomore album, Usher also made time to polish one of his greatest strengths: his show. “I love the stage, to dance and perform,” says un-excited Usher. “The stage is my first love.” And it shows. Antonio “L.A.” Reid describes Usher as “the ultimate entertainer” and attributes much of that to his “great voice, fashionable looks and superstar presence.”  Dubbing him “the king of hip-hop soul,” Reid explains, “There hasn’t been an artist with this much excitement in many years. Usher makes a serious contribution to urban culture.”

That is true – both on and off the stage. Understanding the responsibility of being in the limelight, Usher feels it’s very important to portray a positive image to America’s youth. He has involved himself in several community activities including serving as the national spokesperson for the U.S. Department of Transportation’s “Get Big On Safety” campaign.

Much of Usher’s level-headed attitude and responsibility comes from strong family values and a good old-fashioned church upbringing. Raised by his mother, who also manages him, he and his little brother moved to Atlanta from Tennessee when Usher was 12. Usher started singing in the church choir under the direction of – who else but – his mom who was also the choir director. “I’ve learned that this business is very demanding and stressful, but my mother’s been a great teacher. She keeps me grounded.” Once in Atlanta Usher started entering local talent shows, where he was spotted by a LaFace Records representative and was asked to audition for L.A. Reid. Soon after that Usher was signed to the label and began recording his debut album.

He joined forces with several of the industry’s top male artists to form Black Men United to record the gold single “You Will Know,” featured on the “Jason’s Lyric” soundtrack. His single “Dreaming'” was the first release off LaFace Records’ 1996 Olympic Album “Rhythm of the Games” and he did a duet on Arista recording artist’s Monica‘s debut platinum album remaking the hit “Let’s Straighten It Out.”

“You Make Me Wanna,” re-established Usher as one of R&B’s hottest artists, and also made him a crossover sensation; it topped the R&B charts for 11 weeks, hit number two pop, and eventually went double platinum. Both of the follow-up singles, “Nice & Slow” and “My Way,” also went platinum; the former stayed at number one on the R&B charts for eight weeks and became his first number one pop single.

“This is still just the beginning,” says the young star enthusiastically. “I feel like I’ve accomplished so much already, but I still have my whole life ahead of me and much more to do. I’m learning to play instruments, I want to get into acting, I’m open to do so much.”

Hire Usher for your party or event!

Usher may be available for your next special event!

Frequently Asked Questions About How To Hire USHER for a private party or special event.

HOW TO BOOK USHER?
(i.e., how to hire USHER for an event)

Include information about your plans for your event and how taking steps to hire USHER (or someone similar) might be of special interest.

Official booking fees for USHER, or any other celebrity, are determined based on a number of factors and may change at anytime without prior notice.

IS USHER AVAILABLE TO WORK MY EVENT?
(i.e., what is USHER‘s availability?)