How to Hire MARK KNOPFLER For Your Event!

Hire Mark Knopfler:
GRAMMY AWARD winning Mark Freuder Knopfler OBE (born 12 August 1949) is a British singer-songwriter, guitarist, and record producer. Born in Scotland and raised in England, he was the lead guitarist, singer and songwriter of the rock band Dire Straits. He pursued a solo career after the band first dissolved in 1988. Dire Straits reunited in 1990, but dissolved again in 1995. He is now an independent solo artist.

Only the most distinguished of the musical elite go on setting themselves new goals after a quarter of a century of acclaimed recording achievement. Mark Knopfler fits the description exactly.

What’s more, he’s bucking the trend of his fellow rock giants by getting more productive as his career progresses. His hugely successful “Sailing To Philadelphia” sold three and a half million copies worldwide. 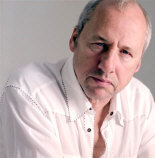 Hire Mark Knopfler for your festival or concert plans.

“I find myself writing about work, ordinary people and what they do, changes to places over time, and songs about leaving. I suppose because in my life there’s been a fair bit of movement and I’ve always been interested in that, and in the fact that the music travels, so it’s a sort of transcontinental blues in a way. The music has traveled to the States and come back again, Irish songs, Scottish songs, English songs and European songs, too.”

Since the official start of his solo career with Golden Heart in 1996, Mark Knopfler has moved slowly and steadily closer to the lower-key expressiveness exhibited on “The Ragpicker’s Dream.” 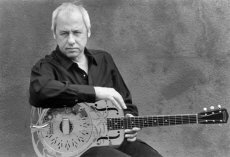 “I’m playing less electric, yeah, just because I was sitting at home with an acoustic flat-top and writing the songs. Staying fairly true to that is why it’s shaped the way it is. It’s really from being more the person I want to be, which is a guy sitting writing a song. The instrument that was always there was this Martin, and I would always pick it up and play it and these are the songs that emerged. Then I would go and play them to the band the same way.”

Mark agrees that his productivity as a songwriting musician is definitely accelerating, and he’s having more fun with it than ever. “Writing is just the solitary thing. It has changed in a sense, I seem to be able to get more and more enjoyment out of it and it’s just writing, and I love that. Then just being able to play a song to the guys and for them to go into their corners and get their parts together and feel the whole thing coming together that way, that’s really a great time for me.”

“I can’t tour at quite the same level as the Straits days because of schools and different things, but we’ll definitely be a loose collection of musicians and do some shows somewhere. I like the idea of playing in places where you can see people and they can see you.”

“I’ve had plenty of experience of the bigger thing, and when it got as big as it got, that was when I thought I should turn around and start walking back from there. I was getting away from being the guy writing the song with his guitar. I don’t want to get too far away from him, ever. I think I am getting closer to him, and although I’m a very slow learner, I’m learning how to make a record sound how I want it to sound. It’s a gradual process, but I’m getting there.”

Mark Knopfler was name #27 on Rolling Stone magazine’s list of “100 Greatest Guitarists of All Time”.

Hire Mark Knopfler for your party or event!

Mark Knopfler may be available for your next special event!

Frequently Asked Questions About How To Hire MARK KNOPFLER for a private party or special event.

Include information about your plans for your event and how taking steps to hire MARK KNOPFLER (or someone similar) might be of special interest.

Official booking fees for MARK KNOPFLER, or any other celebrity, are determined based on a number of factors and may change at anytime without prior notice.