How to Hire HANK WILLIAMS JR For Your Event! 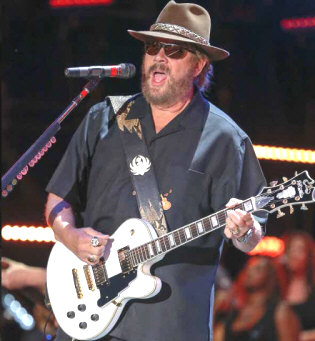 Hire Hank Williams Jr for your festival or concert.

A renewed Americanism and a pride in self-sufficiency as a national art form can only spell out his name in bold relief – be it carved in a tree in rural Alabama or spray painted on a dilapidated ghetto sidewall in Brooklyn. Hank Williams Jr., like America, has and will survive. 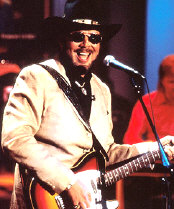 With his career crowding seventy albums, Hank Williams, Jr., has a fascinating career to look back upon for a legend still in his prime. His discography chronicles a bold profile of growth from adored offspring of a legendary father, to titan of the modern country rock movement in his own right.

Hire Hank Williams Jr to entertain at your party!

Randall Hank Williams was born May 26, 1949, one month before his father made a landmark first appearance on “The Grand Ole Opry” stage in Nashville. His daddy affectionately nicknamed his baby boy “Bocephus,” after the ventriloquist dummy of the same name who shared the stage with country comic Rod Brasfield.

An ironic moniker in the fact that in years to come, Hank Jr.’s uncanny genius for blending his own musical style to cross all the conceivable boundaries between rock and country, would find him, least of all, possessed of none of the qualities of his wooden namesake.

He was three when Hank Sr. died in 1952 and only five years older, at eight, when his mother, Audrey, coaxed him onstage to sing his daddy’s songs.

He made his own debut on the hallowed Opry stage at 11, and at 14 was in the studio for his first record. His rendition of Sr.’s “Long Gone Lonesome Blues” became a hit and transferred the family mantle of stardom and all its blessings and curses to his young shoulders.

In the midst of  his teen years, the gulf between Hank Jr. and “normal” grew. He was already a star, adored by fans, pursued by women twice his age, and coming to terms with life in the fast, tempestuous business of making music. The darkness that had clouded his father’s life seemed destined on his horizon.

Record breaking crowds, chart breaking stats, heartbreaking personal problems – Hank had his share of them all when he was hardly old enough yet to vote. With his career popularity, he was growing restless, tired of the expectations to be the “young Hank Sr.,” hemmed in by the lack of space for the unique qualities of musical expression that were as unique to Hank as his own fingerprints.

Hank Williams, Jr., was climbing out and climbing into his own shadow when he fell off the mountain. His innovative, raw edged “Hank Williams Jr. & Friends” was freshly in the can, steeping with the talents of young musicians such as Dickey Betts, Toy Caldwell, and Charlie Daniels, who came along side to support Hank’s new musical epiphany as a young country rocker.

It was the ’70s, – a time for taking risks – and Hank Williams, Jr. was never one to bypass a new mountain to climb – either literally or musically. While mountain climbing in Montana, he took a fall that by every law of nature should have added the adjective “late” in front of his name on all future press releases.

But Hank, as we all know, was never one to follow the ‘law.’  With his head split open, his brain in his hand, and his face shattered, Hank Williams Jr. had only begun to fight. From within the wellsprings of courage and fight so much a part of his persona, Hank summoned up the ‘by God’ determination only a southern boy too young to die can summon.

Survive he did, to come from the ashes, re-born as his own man.  It’s been a road he was never to look back from personally or musically.

The public Hank Williams, Jr., whose concerts are parties thrown for thousands of “guests of honor” who clamor before his stages, waving beer bottles and Confederate flags and are legendary, is as relevant to music today as he was the first day music buyers by the millions took his music to heart.

He’s a legend, so are his hits. In his private life, Hank Williams, Jr., loves to hunt and fish, loves his wife and kids, loves his country, and still loves to raise hell whenever possible. His every appearance reminds us that America – like Hank – “can survive,” and will.

Hire Hank Williams Jr. for your party or event!

Hank Williams Jr. may be available for your next special event!

Frequently Asked Questions About How To Hire HANK WILLIAMS, JR. for a private party or special event.

Include information about your plans for your event and how taking steps to hire Hank, Jr. (or someone similar) might be of special interest.

Official booking fees for HANK WILLIAMS, JR., or any other celebrity, are determined based on a number of factors and may change at anytime without prior notice.