How to Hire DAVE MATTHEWS BAND For Your Event!

(FOR PRIVATE OR CORPORATE DATES ONLY!)

Note:
For this artist, we can only consider requests for private or corporate events.

The band won the 1996 Grammy Award for Best Rock Vocal Performance by a Duo or Group for “So Much to Say”.

A jam band, Dave Matthews Band is renowned for its live shows. The band is known for playing songs differently each performance; this practice has become a staple of their live shows since the early 1990s.

The Dave Matthews Band formed in 1991, when vocalist/guitarist Dave Matthews decided to put some songs he had written on tape. Instead of simply recording himself with a guitar, he opted to bring in some instrumental help to give his musical ideas more depth. 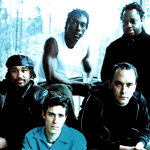 Dave found assistance in drummer Carter Beauford and saxophonist LeRoi Moore, who were both accomplished jazz musicians in the local Charlottesville music scene.

Based on the recommendation of distinguished local jazz guru John D’earth, 16-year-old musical prodigy Stefan Lessard came on board to play bass. Completing the band was keyboard player Peter Griesar, who left the band after a couple of years, as well as the talented and classically trained violinist, Boyd Tinsley.

The first official gig for the newly conceived Dave Matthews Band was May 11, 1991, at a private rooftop party in Charlottesville. Its first public show was at the city’s 1991 Earth Day Festival. Local weekly gigs soon followed, and within a little time, word of the band’s contagious new sound spread like wildfire throughout the region. Clubs started to fill, tours began to cover more territory, and the fan base grew at an incredible rate.

On November 9, 1993, DMB released its first album, “Remember Two Things,” on its Bama Rags label. The album was recorded live at The Muse Music Club on Nantucket Island, in August of 1993. The album debuted on College charts as the highest independent entry and went on to be certified gold by the RIAA – a significant accomplishment for an independent album.

Meanwhile, the band kept touring and its fan base continued to grow. By allowing fans to tape shows for their personal use, DMB created a highly interactive community that continues in spirit today.

During the first part of 1994, Dave Matthews Band recorded its RCA debut, “Under the Table and Dreaming.” Just before the album’s release on September 27, 1994, Dave Matthews Band hit the road for their first official national tour. The tour lasted well over a year and included sold out theater dates across the country, a trip to Europe, and two summers playing on the main stage of HORDE.

By the fall of 1995, when the band returned to the studio to record its next album, “Under the Table and Dreaming” had been certified four times platinum by the RIAA.

“Crash,” Dave Matthews Band’s second album for RCA, was released on April 30, 1996, and debuted at number two on the Billboard 200 chart. The band continued with a steady schedule of touring throughout 1997, headlining sold-out amphitheater dates across North America. DMB, though elevated to the level of national pop stardom, continued to do things precisely as it had from day one: organically, with a grass roots mentality.

On October 28, 1997, Bama Rags/RCA label released an official double-disc live Dave Matthews Band album, entitled “Live at Red Rocks 8-15-95.” Without any marketing or promotion, “Live at Red Rocks” debuted at number three on the Billboard 200 chart and was instantly certified platinum. Dave Matthews Band had grown from a grass roots phenomenon to one of the hottest bands in America.

On April 28, 1998, RCA released Dave Matthews Band’s third studio album, “Before These Crowded Streets.” The critically acclaimed recording debuted at number one on the Billboard 200 chart; it was the band’s strongest debut to date. DMB spent the following year and a half on the road, selling out stadiums, arenas, and amphitheaters across the country.

The third installment in this ongoing live album series, “Listener Supported,” was released by Bama Rags/RCA on November 23, 1999. The album was recorded live at New Jersey’s Continental Airlines Arena in September 1999, and a video of the performance, also titled Listener Supported, was released at the same time. The double-disc album was quickly certified double-platinum, and the video has sold more than a million copies as well.

The band spent much of 2000 on tour, finishing as the top-grossing touring band in the U.S.  Dave Matthews joined legendary producer Glen Ballard in Los Angeles to fine-tune song arrangements for a new album, and the pair wound up co-writing 12 new songs in a matter of days.

From this explosion of creative chemistry came the band’s album, “Everyday,” released February 27, 2001. Matthews plays electric guitar for the first time, and Ballard helped the band focus and tighten their arrangements, resulting in their strongest and most finely crafted album yet.

On September 24, 2017, Dave Matthews Band organized and hosted “A Concert for Charlottesville: An Evening of Music and Unity“, a free concert to raise funds for the victims killed and injured during the Unite the Right rally held from August 11–12, 2017. Other artists who performed included Cage the Elephant, Coldplay, The Roots, Brittany Howard, Pharrell Williams, Chris Stapleton, Ariana Grande, Justin Timberlake, and Stevie Wonder.

Over the course of their career, they have released several albums and have become known for their energetic live performances and improvisational style.

The band has won several awards, including:

Hire Dave Matthews Band for your party or event!

Dave Matthews Band may be available for your next special event!

Frequently Asked Questions About How To Hire DAVE MATTHEWS BAND for a private party or special event.

Include information about your plans for your event and how taking steps to hire DAVE MATTHEWS BAND (or someone similar) might be of special interest.

Official booking fees for DAVE MATTHEWS BAND, or any other celebrity, are determined based on a number of factors and may change at anytime without prior notice.