How to Hire COLDPLAY For Your Event!

With more than 100 million albums sold worldwide, Coldplay are one of the most successful bands of the 21st century and one of the best-selling music acts of all time.

According to Fuse, they are also the sixth-most awarded group in history. Other notable achievements include the sixth highest grossing tour of all time, three of the 50 highest-selling albums ever in the United Kingdom, the most number-one records in the country without ever missing the top, most nominations and wins for a band in Brit Awards history and becoming the first British group to debut at number-one on the Billboard Hot 100.

Coldplay are considered one of the most influential bands of the 21st century as well, with Forbes describing them as the standard for the current alternative scene. 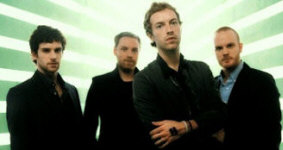 Hire Coldplay for your festival or concert plans.

Coldplay have explored many musical styles throughout their career, with their sound being considered alternative rock, alternative pop, pop rock, post-Britpop, soft rock, and pop.

Coldplay‘s music has been compared with A-ha, U2, Oasis, R.E.M. and Radiohead. They acknowledge Scottish band Travis and American singer Jeff Buckley as major influences on their early material as well. Chris Martin, who is known to be a fan of Bruce Springsteen, mentioned “spending three years trying to sound like Eddie Vedder“.

Coldplay are considered one of the most successful bands of the 21st century. With more than 100 million albums sold globally, they are one of the best-selling artists of all time.

The band are widely credited with popularizing the use of interactive LED wristbands in concerts as well. Acts who followed their trend include Lady Gaga, Taylor Swift, OneRepublic, The Weeknd, and Jay-Z.

They explored many music styles as the years went by, developing a sound that is considered alternative rock, alternative pop, pop rock, post-Britpop, soft rock, and pop.

Coldplay has won numerous awards throughout their career. Some of their notable awards include:

In addition to these awards, Coldplay has also received numerous other accolades, including several MTV Europe Music Awards, NME Awards, and Q Awards.

Hire Coldplay for your party or event!

Coldplay may be available for your next special event!

Frequently Asked Questions About How To Hire COLDPLAY for a private party or special event.

HOW TO BOOK COLDPLAY?
(i.e., how to hire COLDPLAY for an event)

Include information about your plans for your event and how taking steps to hire COLDPLAY (or someone similar) might be of special interest.

Official booking fees for COLDPLAY, or any other celebrity, are determined based on a number of factors and may change at anytime without prior notice.

IS COLDPLAY AVAILABLE TO WORK MY EVENT?
(i.e., what is COLDPLAY‘s availability?)