How to Hire STEVE WINWOOD For Your Event!

Hire Steve Winwood for your festival or concert plans!

Steve Winwood was an integral member of three seminal musical ensembles of the 1960s and 1970s: the Spencer Davis Group, Traffic, and Blind Faith. Beginning in the 1980s, his solo career flourished, and he had a number of hit singles.

In 2008, Rolling Stone ranked Winwood No. 33 in its 100 Greatest Singers of All Time. Steve Winwood has won two Grammy Awards. He was nominated twice for a Brit Award for Best British Male Artist: 1988 and 1989. 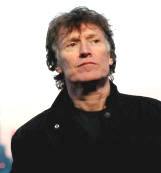 In 2011, he received the Ivor Novello Award from the British Academy of Songwriters, Composers and Authors for Outstanding Song Collection.

Winwood met drummer Jim Capaldi, guitarist Dave Mason, and multi-instrumentalist Chris Wood when they jammed together at The Elbow Room, a club in Aston, Birmingham. After Winwood left the Spencer Davis Group in April 1967, the quartet formed Traffic. 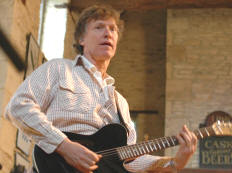 In 1972, Steve Winwood recorded the part of Captain Walker in the highly successful orchestral version of The Who‘s Tommy.

In 1997, Winwood released a new album, Junction Seven, toured the US, and sang with Chaka Khan at the VH-1 Honors.

On her 2006 record, Back to Basics, Christina Aguilera featured Steve Winwood (using the piano and organ instrumentation from the John Barleycorn Must Die track “Glad”) on her song “Makes Me Wanna Pray”.

In July 2007, Winwood performed with Eric Clapton in the latter’s Crossroads Guitar Festival.

In 2013, Winwood toured North America with Rod Stewart as part of the “Live the Life” tour.

Hire Steve Winwood for your party or event!

Steve Winwood may be available for your next special event!

Frequently Asked Questions About How To Hire STEVE WINWOOD for a private party or special event.

Include information about your plans for your event and how taking steps to hire STEVE WINWOOD (or someone similar) might be of special interest.

Official booking fees for STEVE WINWOOD, or any other celebrity, are determined based on a number of factors and may change at anytime without prior notice.