How to Hire SHAGGY For Your Event!

In 2001, Shaggy was selected to perform with Rayvon and Rikrok at Michael Jackson’s 30th anniversary, performing the songs “Angel” and “It Wasn’t Me” from Hot Shot. 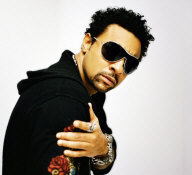 Hire Shaggy for your festival or concert plans.

He has been nominated for seven Grammy Awards, winning twice for Best Reggae Album with Boombastic in 1996 and 44/876 with Sting in 2019, and has won the Brit Award for International Male Solo Artist in 2002.

In 2007, he was awarded the Jamaican Order of Distinction with the rank of Commander.

In August 2007, he joined Cyndi Lauper live on stage in Singapore for the Sonnet Music Festival, where they performed “Girls Just Want to Have Fun” together. In January 2008, he completed a six-date arena tour with Belgian singer, Natalia. He later performed with band En Vogue in Antwerp, to a crowd of 78,000 people.

Shaggy then featured on the track “Black and White”, from Kylie Minogue and Fernando Garibay’s EP, Kylie + Garibay. Also in 2015, Shaggy was featured on Farruko‘s “Sunset” alongside Nicky Jam.

In 2016, he collaborated with French singer Mylène Farmer on “City of Love”. In November 2018, Shaggy featured on the title track of Olly Murs‘ sixth album, You Know I Know.

Hire Shaggy for your party or event!

Shaggy may be available for your next special event!

Frequently Asked Questions About How To Hire SHAGGY for a private party or special event.

HOW TO BOOK SHAGGY?
(i.e., how to hire SHAGGY for an event)

Include information about your plans for your event and how taking steps to hire SHAGGY (or someone similar) might be of special interest.

Official booking fees for SHAGGY, or any other celebrity, are determined based on a number of factors and may change at anytime without prior notice.

IS SHAGGY AVAILABLE TO WORK MY EVENT?
(i.e., what is SHAGGY‘s availability?)