How to Hire SARA EVANS For Your Event!

Hire Sara Evans:
Sara Lynn Evans is an American country music singer and songwriter. She is also credited as a record producer, actress and author. 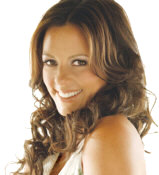 Hire Sara Evans for your festival or concert plans.

The career of Sara Evans goes back further than most country fans realize. Raised on a farm in Missouri, she was singing every weekend in her family’s band at age 5. She was already a recording veteran at age 11.

Believing that singing was to be her life’s work, she arrived in Nashville in the summer of 1991. She met musician Craig Schelske, with whom she migrated to Oregon a year later. They formed both a professional and personal partnership there, marrying in 1993. After three years of performing together, they returned to Music City in the fall of 1995.

Country Music Hall of Fame songwriter Harlan Howard and his wife Melanie were quick to see the seasoned performer’s potential. After Sara Evans recorded a new version of Harlan’s classic “I’ve Got a Tiger By the Tail,” he urged RCA to listen.

Hire Sara Evans to entertain at your company’s special event.

When she released “Three Chords and the Truth” as her debut CD in 1997, it wound up on many critics’ “best of” lists for the year. But radio stations didn’t embrace her back-to-basics country sound. She solved that problem with 1998’s Gold-selling “No Place That Far.” Its title tune became her first No. 1 record. Then came “Born To Fly.” 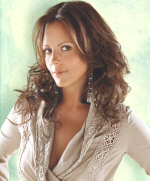 “I thought, ‘This is my make-it-or-break-it record. I have GOT to recruit somebody to help me home in on who I am as an artist. Because I know I can write songs; I know I can sing; I know I can perform.’ That’s when I called Paul Worley. And he totally understood.”

“And then, thank God, we got a call from Marcus Hummon. He said, ‘I’d really like to write with Sara because “Three Chords and the Truth” is one of my favorite songs, and I really think we could write well together.’ I’d never met him. He and Darrell Scott drove out to my house, and we just started talking about my life and where I was from. Marcus started playing this little tune. And that’s how ‘Born To Fly’ came to be.”

“Once ‘Born to Fly’ was written, I had such inspiration. I wrote ‘I Keep Looking’ after that. And that’s when I realized that something great was unfolding.”

“Born To Fly” shot to No. 1 as 2000 drew to a close. The album’s ballad “I Could Not Ask for More” followed it to the top in the spring of 2001. Then “Saints and Angels” emerged as the collection’s third hit. In 2002, the album yielded “I Keep Looking” as her fourth consecutive smash.

Hire Sara Evans:
Sara Evans was the most nominated artist at the 2001 Country Music Association Awards and took home her first such trophy when “Born to Fly” won Video of the Year.

She toured with superstars Alan Jackson, George Strait and Kenny Chesney. In addition, she participated in the landmark “Girls Night Out” tour of 2001 with Reba McEntire, Martina McBride, Carolyn Dawn Johnson and Jamie O’Neal.

“That was the most fun time of my life. Every night we would come out and do this big encore with Reba. And when we were off stage, all we did was gossip and talk about clothes. It was a blast. It was during that tour that they presented me with the Platinum Record Award for ‘Born to Fly.’ It was just so unbelievable to me that I cried.”

Hire Sara Evans for your party or event!

Frequently Asked Questions About How To Hire SARA EVANS for a private party or special event.

HOW TO BOOK SARA EVANS?
(i.e., how to hire SARA EVANS for an event)

Include information about your plans for your event and how taking steps to hire SARA EVANS (or someone similar) might be of special interest.

Official booking fees for SARA EVANS, or any other celebrity, are determined based on a number of factors and may change at anytime without prior notice.

IS SARA EVANS AVAILABLE TO WORK MY EVENT?
(i.e., what is SARA EVANS‘s availability?)