How to Hire LIAM PAYNE For Your Event!

Member of: One Direction

Hire Liam Payne:
Liam James Payne (born 29 August 1993) is an English singer. He rose to fame as a member of the boy band One Direction.

Liam Payne made his debut as a singer in 2008 when he auditioned for the British television series The X Factor. After being eliminated in the competition, he auditioned again in 2010 and was put into a group with four other contestants to form One Direction, which went on to become one of the best-selling boy bands of all time. 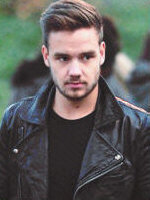 Hire Liam Payne for your festival or concert plans!

In 2014, Payne began working on future projects collaborating with Juicy J on seven tracks with more in the works, DJ Mustard, and Miguel. He has also been in the studio with producer and performing artist Pharrell Williams.

In November 2015, One Direction‘s fifth album, Made in the A.M., was released. Singles “Drag Me Down” and “Perfect” both debuted at number one in various countries, and the album reached number one in the UK and number two on the US Billboard 200. Following the release of the album, the group went on an indefinite hiatus. 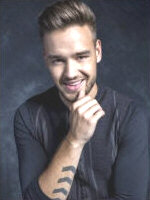 In October 2016, it was announced that Liam Payne had signed a recording contract with Republic Records. His debut solo single “Strip That Down”, featuring Quavo and co-written with Ed Sheeran and Steve Mac, was released on 19 May 2017, and sent to US contemporary hit radio on 23 May. The song was a commercial success, reaching number ten on the US Billboard Hot 100 and number three on the UK Singles Chart. Payne later released the single “Bedroom Floor” and a collaboration with Zedd, “Get Low”.

Following the departure of former member Zayn Malik, Payne was tasked with taking over the bulk of Malik‘s vocals. Bandmate Harry Styles admitted, “Liam [Payne] stepped up to do the high notes. He kicks them in the bollocks every show. He doesn’t hold back.”

Payne was known as one of the principal songwriters in One Direction, credited for co-writing more than half of the songs on the band’s third and fourth album.

In May 2017, Liam Payne released “Strip That Down” as the lead single from his debut album. It peaked at number three on the UK Singles Chart and number ten on the US Billboard Hot 100, being certified platinum in both countries.

His debut album, LP1, was released in December 2019. He has sold more than 18 million singles in under three years since One Direction‘s hiatus, and more than 3.9 billion career streams in that span.

In April 2020, Payne collaborated with Alesso and released the song “Midnight” to positive reviews. Australian band, 5 Seconds of Summer, is signed to One Mode Productions Limited, on which Liam Payne serves as one of the directors.

Liam Payne is a pop and R&B singer who explores other genres like electronic. His discography includes one studio album, two EPs, twelve singles, nine music videos, and a guest appearance.

Hire Liam Payne for your party or event!

Liam Payne may be available for your next special event!

Frequently Asked Questions About How To Hire LIAM PAYNE for a private party or special event.

HOW TO BOOK LIAM PAYNE?
(i.e., how to hire LIAM PAYNE for an event)

Include information about your plans for your event and how taking steps to hire LIAM PAYNE (or someone similar) might be of special interest.

Official booking fees for LIAM PAYNE, or any other celebrity, are determined based on a number of factors and may change at anytime without prior notice.

IS LIAM PAYNE AVAILABLE TO WORK MY EVENT?
(i.e., what is LIAM PAYNE‘s availability?)