How to Hire KIRK WHALUM For Your Event!

He toured with Whitney Houston for more than seven years and soloed in her single “I Will Always Love You”, the best-selling single by a female artist in music history. He was also featured on many Luther Vandross albums, most often playing on the singer’s covers of older pop and R&B standards such as “Anyone Who Had a Heart”, “I (Who Have Nothing)”, and “Love Won’t Let Me Wait”.

Kirk Whalum has recorded a series of well-received solo albums and film soundtracks, with music ranging from pop to R&B to smooth jazz. His musical accomplishments have brought him a total of 12 Grammy nominations. He won his first Grammy award in 2011 for Best Gospel Song (“It’s What I Do”, featuring Lalah Hathaway) alongside lifelong friend and writer, Jerry Peters. 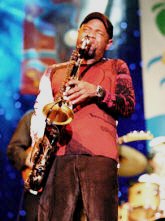 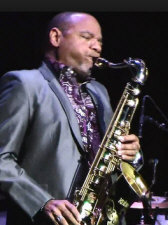 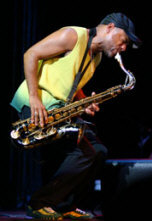 In 2005, Whalum recorded the Babyface Songbook (2005) with R&B icon Babyface‘s best songs of the past 15 years, including “Exhale (Shoop Shoop),” “I’ll Make Love to You,” “When Can I See You,” and others. Joining in the intimate and stylish proceedings are other smooth jazz notables, including trumpeter Rick Braun, soprano saxophone player Dave Koz, and guitarists Norman Brown and Chuck Loeb among others.

That same year, he also performed a cover of “Any Love” on the album Forever, For Always, For Luther, which included other smooth jazz greats, like the aforementioned Dave Koz, bassist Marcus Miller, tenor saxophonist Richard Elliot and alto saxophonist Mindi Abair covering Vandross’ well-known songs. 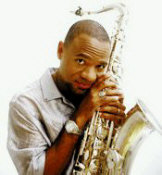 Hire Kirk Whalum for your festival or concert plans!

Kirk Whalum is one of the most influential contemporary saxophonists of his generation.

Hire Kirk Whalum:
Highlights in his career include a Grammy nomination for his collaboration with Bob James, “Joined At The Hip”, Kirk Whalum has also captured three No. 1 album slots on the Billboard Jazz Charts and has had several albums chart in the Jazz Top 10.

As for his romantic interpretive ability, his is the standout sax solo on Whitney Houston’s worldwide smash hit “I Will Always Love You.”

After opening for Bob James in Houston one night, Kirk Whalum was invited to New York by the pianist to appear on his album “12“. Bob James, in recalling that night, said, “He [Kirk Whalum] was opening for a concert I played in Houston. I was actually able to watch part of his show – unlike most of the time when I don’t get to hear the opening act. I just loved him.”

Hire Kirk Whalum:
While his musical accomplishments have brought him professional and critical acclaim with a total of seven Grammy Nominations and one Stellar Award (Best Gospel Instrumental Album), it is his benevolent spirit and charitable efforts that truly define him.

Hire Kirk Whalum for your party or event!

Kirk Whalum may be available for your next special event!

Frequently Asked Questions About How To Hire KIRK WHALUM for a private party or special event.

HOW TO BOOK KIRK WHALUM?
(i.e., how to hire KIRK WHALUM for an event)

Include information about your plans for your event and how taking steps to hire KIRK WHALUM (or someone similar) might be of special interest.

Official booking fees for KIRK WHALUM, or any other celebrity, are determined based on a number of factors and may change at anytime without prior notice.

IS KIRK WHALUM AVAILABLE TO WORK MY EVENT?
(i.e., what is KIRK WHALUM‘s availability?)