How to Hire CECE WINANS For Your Event!

She has been awarded 12 Grammy Awards and 28 GMA Dove Awards, 16 Stellar Awards, 7 NAACP Image Awards, along with many other awards and honors to her credit. 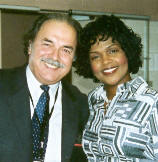 Hire CeCe Winans, one of the most celebrated singers in contemporary music. She has the loyalty of her fans, the respect of her peers… and an armload of gold and platinum records, awards, honors and chart-topping hits to prove it. 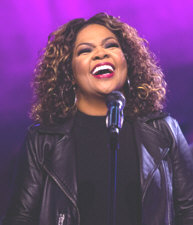 CeCe Winans and her music have always had a broad reach. Born the eighth of ten children in what is literally a musical dynasty – headed up by Mom & Pop Winans and including, among her siblings, famed gospel quartet The Winans (brothers Marvin, Carvin, Ronald and Michael) – CeCe began eight years of recording as a duo with her brother BeBe Winans in ’85 with their platinum “Lord Lift Us Up” and its hit title-track released on PTL.

Their self-titled major label debut, “BeBe and CeCe Winans,” on Capitol in ’87 initiated a series of five albums (including “Heaven,” “Different Lifestyles,” “First Christmas” and “Relationships”) and a string of R&B, pop, gospel and contemporary Christian hits.

Topping Christian radio charts were “For Always,” “Don’t Cry For Me” and “Count It All Joy,” with the first two garnering CeCe Grammys for Best Soul Gospel, Female in ’87 and ’89 respectively. 1991’s “Different Lifestyles” not only went platinum, but also garnered the duo Grammy, Dove and Image Awards and two No. 1 hit singles: “I’ll Take You There” and “Addictive Love” (the former selling gold and the latter platinum). 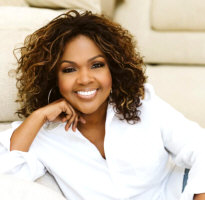 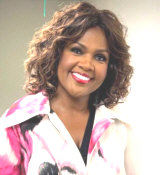 Hire CeCe Winans to entertain your friends and colleagues!

In ’95, BeBe and CeCe each decided to move into solo territory. CeCe’s first venture “Alone In His Presence” captured yet another Grammy for Best Contemporary Soul Gospel Album.

That same year, she and close friend, Whitney Houston, topped charts with the hit duet single and Grammy-nominated “Count On Me,” produced by Kenneth Babyface Edmonds.

She has won numerous awards throughout her career, including multiple Grammy Awards.
Some of her awards include:

CeCe Winans has also been recognized with numerous Dove Awards, which are presented annually by the Gospel Music Association to honor excellence in Christian music.

In addition to her music career, Winans has also received recognition for her humanitarian work, including the Humanitarian Award from the National Academy of Recording Arts and Sciences in 2002.

Hire CeCe Winans for your party or event!

CeCe Winans may be available for your next special event!

Frequently Asked Questions About How To Hire CECE WINANS for a private party or special event.

HOW TO BOOK CECE WINANS?
(i.e., how to hire CECE WINANS for an event)

Include information about your plans for your event and how taking steps to hire CECE WINANS (or someone similar) might be of special interest.

Official booking fees for CECE WINANS, or any other celebrity, are determined based on a number of factors and may change at anytime without prior notice.

IS CECE WINANS AVAILABLE TO WORK MY EVENT?
(i.e., what is CECE WINANS‘s availability?)