How to Hire HUNTER HAYES For Your Event!

Hire Hunter Hayes:
Hunter Hayes is an American multi-genre singer, songwriter, record producer, and multi-instrumentalist. He is proficient at more than 30 instruments. 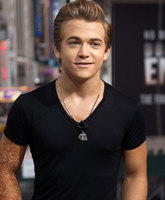 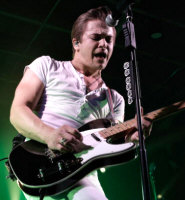 Hire Hunter Hayes for your festival or concert.

Throughout the summer of 2011, Hayes appeared as the opening act of 10 dates of country star Taylor Swift‘s Speak Now World Tour.

Hayes and singer Victoria Justice contributed a duet to the soundtrack of 2011’s Footloose remake. 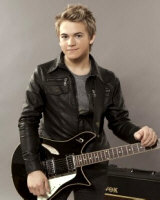 Hire Hunter Hayes to entertain at your company’s special event!

Hayes’ commercial success and his talent both as a songwriter and instrumentalist prompted Billboard to call him the leader of “Country Music’s Youth Revolution” in 2014. He has been nominated for five Grammy Awards including Best New Artist, and won the 2012 CMA Award for New Artist of the Year and three BMI Awards.

In 2015, he also appeared on the track “I Can Play Guitar” on Brett Kissel‘s album, Pick Me Up.

In March 2017, Hayes performed as part of the C2C: Country to Country festival in the UK, where he played alongside Dan + Shay and Darius Rucker supporting Reba McEntire and will return in 2019 with Carly Pearce and Dustin Lynch in support of Lady A.

In December 2018, Hunter Hayes guest starred on Darci Lynne: My Hometown Christmas. He also recorded a duet with Irish singer Catherine McGrath for her debut album, Talk of This Town.

In January 2019, Hayes released his first radio single in three years titled “Heartbreak” which was the lead single for an upcoming album to be released by Warner Music Nashville. Hayes headlined the Closer to You Tour in 2019 with Levi Hummon and Tegan Marie as supporting acts.

In August 2019, Hunter Hayes made a surprise announcement on NBC’s Today Show revealing his album, Wild Blue (Part I), would be released on August 16, 2019. The album is the first part of a three-part ‘trilogy’ of albums.

In April 2020, Hayes competed in the third season of The Masked Singer as “Astronaut”. In June 2020, the Saskatchewan-based Hunter Brothers released their single “Hard Dirt”, co-written and produced by Hayes. He also co-wrote and produced their 2021 single “Been a Minute”.

Hire Hunter Hayes for your party or event!

Hunter Hayes may be available for your next special event!

Frequently Asked Questions About How To Hire HUNTER HAYES for a private party or special event.

Include information about your plans for your event and how taking steps to hire HUNTER HAYES (or someone similar) might be of special interest.

Official booking fees for HUNTER HAYES, or any other celebrity, are determined based on a number of factors and may change at anytime without prior notice.