How to Hire CARRIE UNDERWOOD For Your Event!

She rose to prominence after winning the fourth season of American Idol in 2005. Her single “Inside Your Heaven” made her the only country artist to debut at number one on the Billboard Hot 100 chart and the only solo country artist in the 2000s to have a number-one song on the Hot 100. 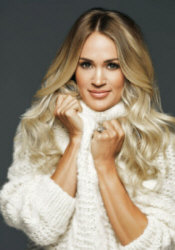 Carrie Underwood has been highly acclaimed for her vocal talents. David Wild of Rolling Stone has praised her voice, saying that “she can hit any note”. Her vocal range has been described as “enormous”, with critics highlighting her ability to hold notes for an extended period of time. Billboard describes her vocal ability as “freakish”. Concert critics have pointed out that “she’ll let loose with an improbably long note that runs through more octaves than you knew existed”. 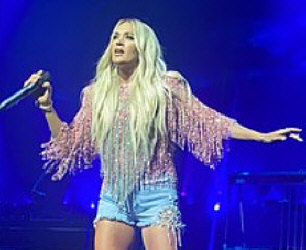 Hire Carrie Underwood for a memorable evening of excellent entertainment!

Although never publicly mentioning Faith Hill and Shania Twain as musical influences, critics have linked Carrie Underwood‘s musical style to those of Hill and Twain. Her music is generally country-pop with a rock influence similar to that of Kelly Clarkson, as noticed by Rolling Stone. 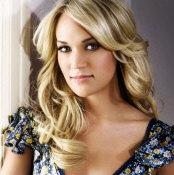 Hire Carrie Underwood for your festival or concert!

She went from being an aspiring singer to winning the American Idol 2005 competition to releasing the #1 hit, “Jesus, Take The Wheel.” When her debut CD, “Some Hearts,” sold 314,459 units in just one week, Carrie Underwood became the highest debuting new country artist in SoundScan’s history and the best-selling female country artist of 2005. The album debuted at #1 on Billboard’s Top Country Albums chart for seven of its first eight weeks on the chart. It was RIAA’s fastest certified double platinum debut country album ever. 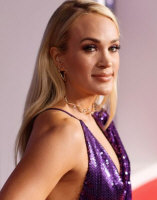 Carrie Underwood has appeared and performed on Today, Good Morning America, The Tonight Show, The View, The Ellen DeGeneres Show and Dr. Phil, as well as performing at the 2005 Billboard Music Awards and in the Macy’s Thanksgiving Day Parade. She has also been featured in Cosmo Girl, Allure, Teen Vogue and Country Weekly.

Hire Carrie Underwood for your party or event!

Frequently Asked Questions About How To Hire CARRIE UNDERWOOD for a private party or special event.

Include information about your plans for your event and how taking steps to hire CARRIE UNDERWOOD (or someone similar) might be of special interest.

Official booking fees for CARRIE UNDERWOOD, or any other celebrity, are determined based on a number of factors and may change at anytime without prior notice.