How to Hire FLEETWOOD MAC For Your Event!

Fleetwood Mac were founded by guitarist Peter Green, drummer Mick Fleetwood and guitarist Jeremy Spencer, before bassist John McVie joined the line-up for their self-titled debut album. Danny Kirwan joined as a third guitarist in 1968. Keyboardist and vocalist Christine Perfect, who contributed as a session musician from the second album, married McVie and joined in 1970.

While there are those that would argue that one of the greatest bands in rock & roll has never been away, while there are those who would insist the group is alive and well, as long as somewhere in the world, someone is playing a copy of “Rumours,” while no one could contest that Mac music sounds as fresh and full of surprises today as it did the moment it was minted — The Mac is still around. 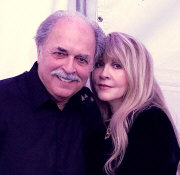 “Mac,” in this case, of course, refers to the once-in-a-lifetime line-up of talent that single-handedly defined the term “supergroup” now and forever. Mick Fleetwood, John McVie, and Stevie Nicks are, and always will be, The Fleetwood Mac of record scores of millions of records as a matter of fact, spanning one of the most wildly successful, and endlessly inventive, creative conspiracies in modern musical history.

While the rock-solid rhythm section of Fleetwood & McVie continued to lift high the venerable Fleetwood Mac banner with various incarnations of the group, Lindsey, Stevie and Christine have all nurtured brilliant solo careers, as well as working in various combinations on one-off projects, such as the Stevie/Lindsey collaboration on the hit 1995 “Twister” soundtrack. It took a special request by the President of the United States to reconvene the band for an appearance at the 1992 Inaugural Ball, performing Clinton’s campaign song, “Don’t Stop (Thinking About Tomorrow).” 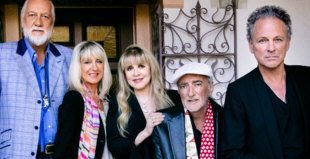 Hire Fleetwood Mac for your festival or concert plans!

“We’ve been asked many times over the years to reform,” explains Mick, “but the time was never right. I think we were all still in the process of growing up and discovering that the things that had once pulled us apart didn’t seem nearly as important anymore. The level of success we had together was, quite simply, overwhelming. We’ve had the opportunity to step back and get some perspective, to realize that what was important all along was the music.”

The impetus for that discovery came from several directions. “The 20th anniversary of ‘Rumours’ gave us a vantage point to look back and forward,” asserts John. “We realized that we had created this tremendous body of work and that we wanted to celebrate that accomplishment. 1997 also marked the 30th anniversary of the founding of the original Fleetwood Mac, so the occasion seemed especially auspicious for that reason as well.”

What was needed was a suitable creative catalyst, provided in timely fashion by Lindsey’s latest solo project. “I’d been working on new material since late 1995,” Lindsey recounts, “when I happened to run into Mick one day, it seemed like he’d been through some changes, and I know I’d done some moving on myself since we’d last met. We’d lived through such a musical soap opera and just the fact that we’d survived gave us something in common.”

More in common, as it turned out, than just shared history, with Lindsey providing the vital musical link that reconnected the group. “We started working together on some of his songs,” continues Mick, “and immediately sparked off each other. It’s like learning to ride a bike; once you’ve got it you never forget. While the chemistry between the group is hard to pin down, it’s unmistakable once you’re a part of it.”

“We worked together, just the two of us, through the summer of last year,” recounts Lindsey, “and when it came time to do some bass parts, I asked Mick who he thought we should use. I should have known what his answer would be.”

With John joining them in the studio, the potential, unspoken but palpable, began to build, gathering momentum when Lindsey asked Christine to come in and sing harmonies. “The magic, the energy, the pure joy of working together was stronger than ever,” recounts Lindsey. “There we were,” adds Mick, with a laugh, “all four of us in the control room, really enjoying each other’s company.”

“It was an odd feeling, being back together, but it was obvious we were having fun,” is how Christine remembers the slow approach toward the inevitable. “I’d been doing some writing and demos for a new solo album but had really stepped back from music for the time being, returning to England and restoring a huge, sixteenth century house my husband and I had bought in the country. I was very content with my life, but at the same time, I must admit, I felt the pull.”

The pull also exerted its influence on the fifth Mac member. “None of us really had to do this,” Stevie remarks. “We had our separate lives and careers. But the chance to work together again, without all the conflicts that had once made things so difficult, was hard to resist. I guess it’s always been a dream, somewhere in the back of my mind, that we would one day get together again. The Rumours anniversary was a perfect excuse, but what’s more important is how we’ve each grown. I’d always loved being a part of this band, feeling that extraordinary energy that we could create, and now there’s nothing to interfere with the flow of that energy.”

“It was just great to play again,” asserts John. “This configuration was always my favorite Fleetwood Mac line-up and I think the whole was always greater than the sum of its parts. It was great to be part of that whole again.”

“We were playing better than I ever remembered,” adds Mick. “After we had a chance to musically say hello to each other, we found it astoundingly easy to pick up where we left off.”

“My only condition for coming back together was that we could have some fun,” says Christine. “The rehearsals proved that we could, and that we were tighter and better than we’d ever been. It was tremendously gratifying.”

“I think a lot of the creativity we were feeling had come from the healing we’d all experienced,” opines Stevie. “We were friends who had been away for a long time and this reunion was not just musical, it was personal.”

Questions of repertoire were resolved almost before they came up. “Naturally we did the material we were familiar with,” explains John. “It was like our fingers were just flying to the notes. We worked up some new arrangements, but we also wanted to try out some fresh stuff. Luckily, we had no shortage of new material to try.”

What was also left almost unspoken was the fact that, from various paths both personal and professional, Fleetwood Mac had at last found themselves together again. “Of course, there’s a business aspect to all this,” says Mick, “but anyone who’s been around this process can tell you that it really is the music that’s brought us back.”

“I care about these people,” is how Lindsey puts it. “And I enjoy being around them, now more than ever. Fleetwood Mac is a complicated scheme, a careful balancing act and when we get it right, there’s nothing quite like it.”

“Even after we decided to formalize what we’d been doing as ‘a reunion,'” adds John, “there was still an attitude of taking things one day at a time. Today is wonderful. Tomorrow will take care of itself.”

What tomorrow may bring for Fleetwood Mac is anyone’s guess.

“This is all very exciting, but at the same time very familiar,” muses Stevie. “When we get together something amazing happens. It takes on a life of its own.”

Hire Fleetwood Mac for your party or event!

Fleetwood Mac may be available for your next special event!

Frequently Asked Questions About How To Hire FLEETWOOD MAC for a private party or special event.

Include information about your plans for your event and how taking steps to hire FLEETWOOD MAC (or someone similar) might be of special interest.

Official booking fees for FLEETWOOD MAC, or any other celebrity, are determined based on a number of factors and may change at anytime without prior notice.