How to Hire DAVID LEE MURPHY For Your Event!

Hire David Lee Murphy:
David Lee Murphy (born January 7, 1959) is an American country music singer and songwriter. He is best known for his #1 country hits “Dust on the Bottle” and “Everything’s Gonna Be Alright”, as well as the hit songs “Party Crowd”, “Out with a Bang”.

David Lee Murphy has co-written several singles for other artists, including “Living in Fast Forward” for Kenny Chesney, “Big Green Tractor” for Jason Aldean, and “Are You Gonna Kiss Me or Not” for Thompson Square, all of which he performs.

By the 2000s, Murphy had shifted his focus to songwriting. One of his first cuts in the 2000s was the title track to Aaron Tippin‘s 2000 album, People Like Us. This song was a Top 20 for Tippin in 2001. Trick Pony also entered the country Top 20 a year later with another one of Murphy’s compositions — the title track to their 2002 album, On a Mission. 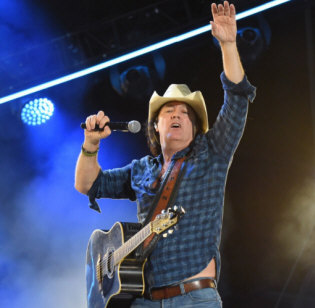 Hire David Lee Murphy for your festival or concert plans.

Murphy took a hiatus from recording in 2004, and co-wrote several singles for other artists, including the hits “Living in Fast Forward” for Kenny Chesney, “Anywhere With You” for Jake Owen, “Big Green Tractor” for Jason Aldean, and “Are You Gonna Kiss Me or Not” for Thompson Square.

On April 6, 2018, Murphy and Kenny Chesney released a studio album together, No Zip Code, which features their hit song “Everything’s Gonna Be Alright”. 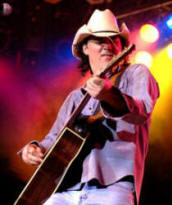 David Lee Murphy continued working as a songwriter, scoring his first outside Number One with Kenny Chesney‘s 2006 single “Living in Fast Forward”. 2007 produced three more chart singles co-written by Murphy: Gary Allan‘s “A Feelin’ Like That” (co-written by Ira Dean, then a member of Trick Pony), Van Zant’s “Goes Down Easy”, and Blake Shelton‘s “The More I Drink”.

2008 saw the release of Keith Anderson‘s “Somebody Needs a Hug” and the Eli Young Band‘s “Always the Love Songs”, two more songs co-written by Murphy, and Jason Aldean topped the country charts in September 2009 with “Big Green Tractor”, which Murphy wrote with Jim Collins. Josh Thompson charted in 2010 with “Way Out Here”, another Murphy co-write.

Other Murphy co-writes include Thompson Square‘s “Are You Gonna Kiss Me or Not” and “Everything I Shouldn’t Be Thinking About”, Kenny Chesney‘s “Live a Little”, “Pirate Flag”, and “Bar at the End of the World”, Jason Aldean‘s “The Only Way I Know”, Jake Owen‘s “Anywhere with You”, Blackberry Smoke‘s “Ain’t Much Left of Me”, and The Road Hammers’ “Get On Down the Road”.

David Lee Murphy has won several awards throughout his career including:

Hire David Lee Murphy for your party or event!

David Lee Murphy may be available for your next special event!

Frequently Asked Questions About How To Hire DAVID LEE MURPHY for a private party or special event.

Include information about your plans for your event and how taking steps to hire DAVID LEE MURPHY (or someone similar) might be of special interest.

Official booking fees for DAVID LEE MURPHY, or any other celebrity, are determined based on a number of factors and may change at anytime without prior notice.