How to Hire CHVRCHES For Your Event! 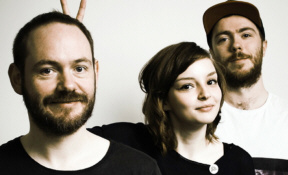 Hire Chvrches for your festival or concert plans!

Two years after their formation, Chvrches released Recover EP in March 2013, which included hits “The Mother We Share” and “Recover”. Their debut studio album, The Bones of What You Believe, was released on 20 September 2013, while the band was ranked fifth on the Sound of 2013 list by the BBC.

Two years later, on 25 September 2015, the group released their second album, Every Open Eye. Their third album, Love Is Dead, was released on 25 May 2018. Their fourth album, Screen Violence, was released on 27 August 2021. 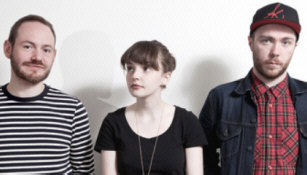 The band writes, records, mixes, and masters its songs in a basement studio in Glasgow.

Chvrches have received several awards and accolades for their music, including:

In addition to these awards, CHVRCHES has been nominated for several other accolades, including the Mercury Prize and the Grammy Award for Best New Artist. They have also received critical acclaim for their music, with several of their albums receiving positive reviews from music critics.

Hire Chvrches for your party or event!

Chvrches may be available for your next special event!

Frequently Asked Questions About How To Hire CHVRCHES for a private party or special event.

HOW TO BOOK CHVRCHES?
(i.e., how to hire CHVRCHES for an event)

Include information about your plans for your event and how taking steps to hire CHVRCHES (or someone similar) might be of special interest.

Official booking fees for CHVRCHES, or any other celebrity, are determined based on a number of factors and may change at anytime without prior notice.

IS CHVRCHES AVAILABLE TO WORK MY EVENT?
(i.e., what is CHVRCHES‘s availability?)