How to Hire LEANN RIMES For Your Event!

Hire LeAnn Rimes:
GRAMMY AWARD winning Margaret LeAnn Rimes Cibrian is an American singer, songwriter and actress. She originally rose to success as a country music artist at age 13 with 1996’s “Blue”. She has since crossed over into pop, contemporary Christian, and other musical genres.

Rimes has placed more than 40 singles on international charts since 1996. In addition, she has sold more than 37 million records worldwide, with 20.8 million album sales in the United States according to Nielsen SoundScan. BILLBOARD ranked her number 17 in terms of sales success in the 1990–2000 decade. 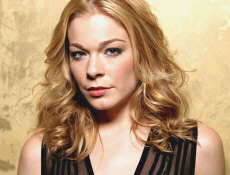 Hire LeAnn Rimes for your festival or concert plans.

She was born in Jackson, Mississippi, and before she was two, she was belting out songs like “You Are My Sunshine” and “Getting To Know You.” By age five, she told her parents that she wanted to pursue a life in show business – and pursue she did. 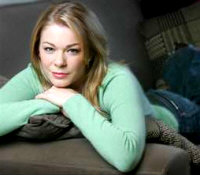 Hire LeAnn Rimes for a memorable evening of excellent entertainment.

By age seven, LeAnn made her stage debut in a Dallas musical production of “A Christmas Carol” and soon after the preteen powerhouse was singing “The Star Spangled Banner” at Dallas Cowboy games and opening for Randy Travis.

By age 11, LeAnn recorded her first album, “All That,” which was released on a small, independent label. The fateful LP featured an early version of what would become her signature song, “Blue.” In 1996, LeAnn Rimes recorded and released her remarkable major label debut album, “Blue.” 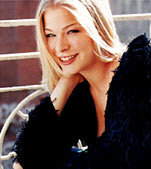 Hire LeAnn Rimes to entertain at that special anniversary.

In the following year, she released “You Light Up My Life – Inspirational Songs,” which debuted simultaneously on three Billboard Magazine charts (Pop, Country and Contemporary Christian) a feat never before achieved by a Country artist.

In early 1997 she subsequently released, “The Early Years: Unchained Melody” a compilation of her compelling early work. 1997 also garnered another massive hit for the young superstar with the release of “How Do I Live” which set a record by remaining #1 on Billboard Magazine’s Hot 100 chart for 69 weeks.

Hire LeAnn Rimes to entertain your friends and colleagues.

1997 was a year that was marked with more than stratospheric record sales and exciting new creative ventures for the young, rising star. It was punctuated with numerous prestigious awards including an American Music Award, two GRAMMYS – including Best New Artist (marking the first time a Country artist ever captured that honor), three Academy of Country Music Awards, a TNN Music City News Award, a CMA Horizon Award, four Billboard Music Awards and the prestigious international honor of the BBC’s Rising Star award.

In 1999, LeAnn released a self-titled CD, “LeAnn Rimes,” which featured her unique interpretations of 11 Country standards including; “Crazy,” “I Fall to Pieces,” “Leavin’ On Your Mind,” “Don’t Worry” and “Me & Bobby McGee” along with six additional classics and the smash hit single, “Big Deal.”

Hire LeAnn Rimes:
Another highlight of 1999 for Leann was performing “Written in the Stars,” a duet with Elton John from his Aida album, on the People’s Choice Awards, The Tonight Show, Late Night with David Letterman and the Today Show. She also served as Good Morning America‘s celebrity host for the American Music Awards in January.

In 2008, Rimes joined Kenny Chesney on his Poets and Pirates Tour, along with Brooks & Dunn, Keith Urban, Sammy Hagar, Gary Allan, Big & Rich, and Luke Bryan. Around the same time, she collaborated with Joss Stone for a CMT Crossroads special aired in fall 2007.

In 2011, Rimes released her twelfth studio collection called Lady & Gentlemen. Co-produced by Vince Gill, the disc contained a set of classic country songs originally made successful by male artists that Rimes re-recorded from a female perspective. The album’s cover of John Anderson‘s “Swingin'” was nominated for a Grammy award.

Her songs and albums have surpassed the multi-platinum mark with a deftness that is usually reserved for seasoned veterans and her voice has a youthful maturity to it that lends a beauteous tone and melody to her work.

Hire LeAnn Rimes for your party or event!

Frequently Asked Questions About How To Hire LeANN RIMES for a private party or special event.

HOW TO BOOK LeANN RIMES?
(i.e., how to hire LeANN RIMES for an event)

Include information about your plans for your event and how taking steps to hire LeANN RIMES (or someone similar) might be of special interest.

Official booking fees for LeANN RIMES, or any other celebrity, are determined based on a number of factors and may change at anytime without prior notice.

IS LeANN RIMES AVAILABLE TO WORK MY EVENT?
(i.e., what is LeANN RIMES‘s availability?)