How to Hire KOFFEE For Your Event!

Hire Koffee for your festival or concert plans!

Koffee gained popularity after uploading a video to Instagram of her singing. In 2017, she released her first single, “Legend”, with just her voice and acoustic guitar. A tribute to Jamaican sprinter Usain Bolt, the song became a viral Instagram hit, once the athlete reposted it on his own Instagram.

Awareness of the violence and social problems she witnessed growing up has influenced her lyrics, and besides Protoje and Chronixx she has cited Super Cat and Giggs among her musical inspirations.

Koffee was introduced by Cocoa Tea at the Rebel Salute, a reggae festival, and has also performed with her musical inspirations Protoje and Chronixx. 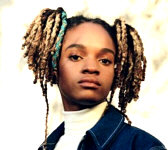 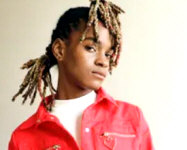 BBC Radio 1Xtra named Koffee one of its “Hot for 2019” artists. Her next single, “Toast”, was produced by (izybeats) and (Walshy Fire) of Major Lazer. Both Chronixx and Protoje appear in the video.

In 2019, Tory Lanez made a remix to “Toast” as a part of his International Fargo project which can be found on SoundCloud.

On 13 November 2019, Koffee was announced as an opening act for Harry Styles on select dates of the North American leg of his 2020 Love On Tour.

Her debut full-length album, Gifted, was released on 25 March 2022 to positive reviews.

Koffee has released several successful singles and an EP, and has won numerous awards for her music.

Some of the awards Koffee has received include:

Koffee has also been nominated for several other awards, including the Grammy Award for Best Reggae Album. In addition to her music career, Koffee has also been recognized for her work as a youth ambassador for the United Nations Development Programme, and has been named one of Time magazine’s Next Generation Leaders.

Hire Koffee for your party or event!

Koffee may be available for your next special event!

Frequently Asked Questions About How To Hire KOFFEE for a private party or special event.

HOW TO BOOK KOFFEE?
(i.e., how to hire KOFFEE for an event)

Include information about your plans for your event and how taking steps to hire KOFFEE (or someone similar) might be of special interest.

Official booking fees for KOFFEE, or any other celebrity, are determined based on a number of factors and may change at anytime without prior notice.

IS KOFFEE AVAILABLE TO WORK MY EVENT?
(i.e., what is KOFFEE‘s availability?)