How to Hire JANN ARDEN For Your Event! 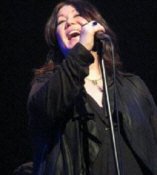 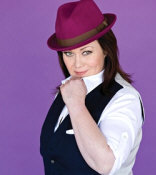 Hire Jann Arden for your festival or concert plans!

She has also won awards at the MuchMusic Video Awards, the Prairie Music Awards, the Western Canadian Music Awards and at the ARIA (Alberta Recording Industry Association) Awards.

In 2005, she toured with Michael Bublé on his US and European legs and again toured with him on his 2007 US tour.

In 2006, she sang “O Canada” at the NBA All-Star Game. She was a judge on season three of Top Chef Canada, episode 13 entitled “Wild Rose Finale”, where she was the judge in the elimination portion of the episode.

Additionally, during the same year, she recorded “Run Like Mad” which was originally recorded to be the international theme song for Dawson’s Creek, however it was only used for the first season. The song was used again on the DVD sets from seasons 3–6 when Paula Cole‘s “I Don’t Want to Wait”.

In November 2006, Arden received the National Achievement Award from the Society of Composers, Authors, and Music Publishers of Canada (SOCAN) for having six singles reach the 100,000-airplay mark on Canadian radio. She was awarded the prize at a gala in Toronto.

In November 2007, Jann Arden was inducted into the Canadian Association of Broadcasters Hall of Fame and was the winner of the International Achievement Award at the 2007 Western Canadian Music Awards.

In 2012, Jann Arden was awarded the Queen’s Diamond Jubilee Medal.

In December 2017, Arden was appointed as a Member of the Order of Canada for her ‘achievements as a singer-songwriter and broadcaster, and for her extensive charitable work.

In 2020, Jann Arden was named by the Canadian Academy of Recording Arts and Sciences as its 2020 inductee into the Canadian Music Hall of Fame.

Hire Jann Arden for your party or event!

Jann Arden may be available for your next special event!

Frequently Asked Questions About How To Hire JANN ARDEN for a private party or special event.

HOW TO BOOK JANN ARDEN?
(i.e., how to hire JANN ARDEN for an event)

Include information about your plans for your event and how taking steps to hire JANN ARDEN (or someone similar) might be of special interest.

Official booking fees for JANN ARDEN, or any other celebrity, are determined based on a number of factors and may change at anytime without prior notice.

IS JANN ARDEN AVAILABLE TO WORK MY EVENT?
(i.e., what is JANN ARDEN‘s availability?)