How To Book
JAMES TAYLOR
For Your Event!

James Taylor may be available for your next special event!

How To Hire James Taylor For A Special Event!

A six-time Grammy Award winner, he was inducted into the Rock and Roll Hall of Fame in 2000. He is one of the best-selling music artists of all time, having sold more than 100 million records worldwide. 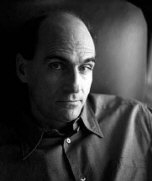 With a career that spans more than twenty-five years, it’s no great surprise that James Taylor’s musical influence has reached just about every corner of the globe. Since leading the singer-songwriter movement in the early 70s, JT has gone on to refine his style, changing over the years while still maintaining the musical craftsmanship that garnered so much attention early in his career.

One of my new songs has been under construction for over a decade. It’s called “Another Day.” Wake up Susie, put your shoes on and walk with me into this light. I seem to write a lot about going from darkness to light. Like longing, it’s a theme I find myself returning to again and again. I state it and then come back to it and then come back to it. Like a dog barking. Like a folksinger in the electronic age singing a refrain. It’s only the verses that change. So perhaps I only imagine that I get some sense of closure this time.

It was on the island of Montserrat that I first tried to cut the song, in Air Studio’s state-of-the-art room. But I’d only written the middle section and I was too raw and strung out then to complete it. Twelve years later… on another island, Martha’s Vineyard, it finally became part of this new album, “Hourglass.”

This time the room was just a room, baffled with lo-tech plywood and plate glass. Seven of us holed up for two weeks in that chilly summer house. It was May and we were covered with ticks. Finally, this morning I’m feeling whole again. It was a hell of a night.

I travel enough that it’s hard to choose a new place to call home. Martha’s Vineyard might not seem like an easy place to make a record, and I suppose it’s not a very sensible place to live. But my relationship with the place is mostly a matter of history and not necessarily what you find there today. So it’s home, at least by default, and, with so much of my life in transition, it was the place I wanted to return to. I had lost my brother, Alex, and my father, and my long-time producer and best friend, Don Grolnick. My manager, Peter Asher, took a job with the record company; and my marriage ended. Martha’s Vineyard seemed like protection.

I wanted to avoid the big recording studio with its constant messages from the market place, where technology takes priority and you can hear the meter running. By comparison, moving the operation to the Vineyard was not so daunting. I told Frank to think of it as an experiment – a demo session – and anything we got to keep would be gravy (though I hated saying “gravy”).

Frank Filipetti was producer-engineer. He was assisted by Jill Dell’ Abate. John Morrison came up from Maine to provide technical support. The musicians were Carlos Vega on drums, Jimmy Johnson on bass, and Clifford Carter on keyboards. I played guitar and sang.

It took two weeks to lay down the tracks for all thirteen songs. That’s how long I believe an album should take to make, but it has been many years since I participated in a process as easy and focused as this one. Although we took it to New York and Los Angeles and back again and overdubbed solo performances by Michael Brecker, Shawn Colvin, Mark O’Connor, Yo Yo Ma, Branford Marsalis, Edgar Meyer, Sting and Stevie Wonder, the album is basically what we recorded on the Vineyard.

Not all the songs are so plainly self-soothing as “Another Day,” but most of them are about moving from darkness to light, about regeneration, emerging and transformation and consolation. Consolation for what? Take your pick. I’m told that this is what many people respond to in my songs, so I imagine the particulars of my own life are in sync with some collective process. These songs are my bio, and its outline is well known to my audience.

Not even that long ago, Martha’s Vineyard was a lovely, quiet island and I was a fifteen year old kid with a guitar, hoping some girls would be interested in me if I played. Record companies were small and oddball outfits, and they were really happy to sell 10,000 records. Making music was not a profession, it was a hobby, something you did instead of having a career. We can spend a great deal of time mourning our youth. Or not. More optimistically, we can see the recent past as having triggered a need to recreate our themes – trick ourselves into being ourselves again, even if we are a folksinger in the electronic age.

Hire James Taylor for your event!

James Taylor may be available for your next special event!

Frequently Asked Questions About How To Hire JAMES TAYLOR for a private party or special event.

Include information about your plans for your event and how taking steps to hire JAMES TAYLOR (or someone similar) might be of special interest.

Official booking fees for JAMES TAYLOR, or any other celebrity, are determined based on a number of factors and may change at anytime without prior notice.