How To Book
GLADYS KNIGHT
For Your Event!

How To Hire Gladys Knight For A Special Event!

GRAMMY AWARD winning Gladys Knight, known as the “Empress of Soul”, is an American singer, songwriter, actress, businesswoman, and author. A seven-time Grammy Award-winner, Knight is known for the hits she recorded during the 1960s, 1970s, and 1980s with her group The Pips, which also included her brother Merald “Bubba” Knight and cousins William Guest and Edward Patten. 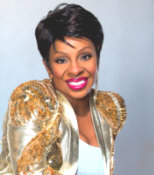 In 1998, Gladys Knight celebrated her 50th anniversary of sharing with the world her gifts of voice and spirit. Georgia born, Knight began performing gospel music at age four in her church and as a special guest soloist with the Morris Brown College Choir.  At age seven, she won Ted Mack’s “Amateur Hour” (the 50’s TV version of today’s “American Idol”) and its $2,000 grand prize. At age eight – following encouragement by parents – she, brother Bubba, sister Brenda, and cousins William and Elenor Guest formed a “little group” called The Pips – “Pips” coming from their manager, cousin James “Pip” Woods.

In 1959, Brenda and Elenor left the group, replaced by cousin Edward Patten and friend, Langston George and the group became Gladys Knight and The Pips. Following Langston’s departure in 1962, Gladys Knight & The Pips remained a quartet until 1989 when they decided to pursue different career paths. (The Pips have since broke up.) 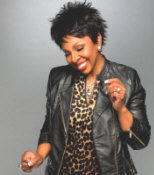 Gladys Knight talks enthusiastically about each of her songs as she describes the people and landscape in great detail, including the subtlest motivations that animate the characters. “When I write,” says Gladys, “I try to paint a picture in my mind rather than come up with words that rhyme. I could never do a song that I didn’t believe in.” “I’m aware of the fact that my music touches people’s lives on a personal basis. So I have to be careful what I tell people, how I relate to them. Every song has to touch me emotionally and spiritually in some way. I couldn’t do a song that I was cold about. Even if it was a hit, it just wouldn’t be a hit for me.”

Gladys Knight has also been honored by numerous organizations for her dedication and selflessness to help those less fortunate. Some of these include the NAACP Legal Defense Fund, Black Women of Achievement, Congress of Racial Equality, Creative Achievement, Shaw University – Honorary Doctorate Degree and B’Nai.

Hire Gladys Knight for your event!

Frequently Asked Questions About How To Hire GLADYS KNIGHT for a private party or special event.

Include information about your plans for your event and how taking steps to hire GLADYS KNIGHT (or someone similar) might be of special interest.

Official booking fees for GLADYS KNIGHT, or any other celebrity, are determined based on a number of factors and may change at anytime without prior notice.